Snow Leopard Conservation India Trust works towards restoring the habitats of the elusive beast in Ladakh region. While their experts work in other Himalayan destinations, their primary projects run in Ladakh.

They have a number of different projects under their banner. From developing homestays to provide the locals of Ladakh an alternate source of income to building solid enclosure of livestock, everything comes together to ensure a better future for the locals as well as the animals who reside in the hills.

Climate Change in Ladakh has created a number of issues. Glaciers have melted while ongoing road projects have destroyed the traditional pathways for many animals including Snow Leopard who used these trails from the memory since generations and are now entering human habitats.

Marmots, Blue Sheep and even Ibex who used to stay away from villages, are now getting close because their vegetation on upper Himalayas have died. This has prompted Snow Leopards to come close to human habitats because livestock assures easy food. The conflict between humans and animals has risen because they want to protect their farms from herbivores and avoid any intrusion from carnivores that will kill their livestock for food.

Rising tourism saw an increase in the amount of garbage being generated in the region. The dumpsite in Leh which was estimated to fill by 2030, is already serving more non-segregated waste where local animal population is thriving and growing. According to Mr. Alex, Future Earth, a staggering 30,000 plastic water bottles are dumped in Leh every day (Source). This report came out in March 2018 and since then the number of tourists in the region has increased.

Feral dogs have been one of the primary habitants who have made Bomb Guard their home and they are multiplying. While they feed from the food waste that is dumped here, they also tend to move in packs on the lower hills that are home to Ibex and Blue Sheep. In scientific terms, they should not exist in the food chain and them hunting and kills has created a anomaly in the food chain. The Snow Leopard that used to maintain a certain balance among the herbivores and carnivores has found a new unwanted competitor. Videos of these packs chasing and attacking Snow Leopards have emerged and they show that this problem is only going to rise if someone doesn’t come up with a solution.

In Ladakh, the snow leopard has a new foe — feral dogs

With herbivores finding it difficult to adjust to the vanishing sources of grass in upper Himalayan regions, they are moving towards the farmlands and lower Himalayans regions in search of their food. This has brought Snow Leopard closer to Human Habitat where they find cattle and livestock easy source of food than stalking and killing an animal in the wild. 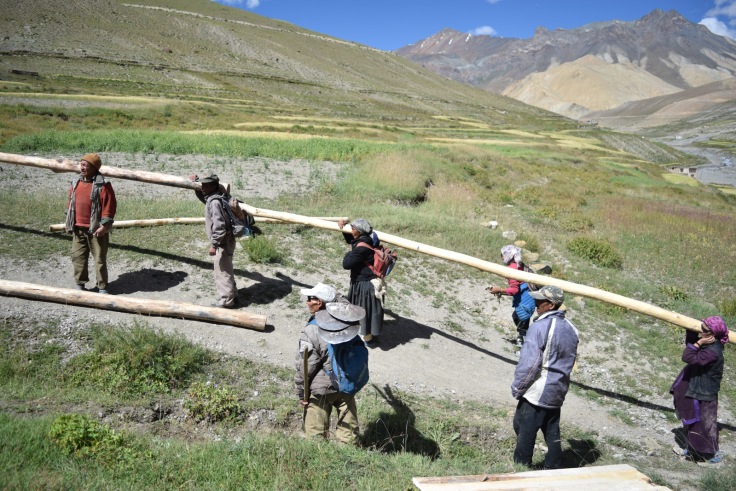 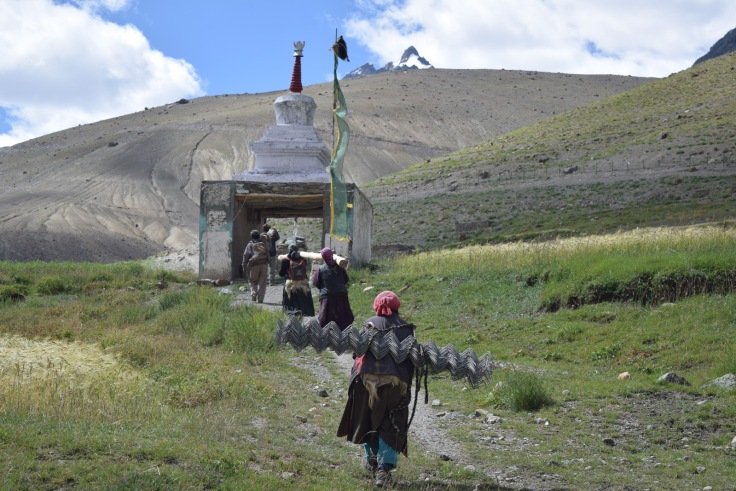 Till 2015, the local folks of Western Ladakh used to depend on farming and livestock as their sources of income. So Snow Leopard killing their sheep and goat used to give their income a setback. This conflict would often result as locals killing the Snow Leopard or intimidating it enough so that it doesn’t return in search of food.

How SLC- IT is helping

The villages construct community enclosures on the top of the hill that is a little far from the village. The idea is to provide all the livestock equal food and at the same time keep them away from farms. Since a majority of killings from Snow Leopards would happen in these enclosures, the officials and volunteers from the NGO are working on ways to stop the Snow Leopard from breaking and entering.

SLC-IT has two ongoing projects in Western Ladakh region. The one has directly affects the movement of Snow Leopard in Ladakh is solid enclosure construction using wood and metal. The construction material is provided by the NGO to the villagers who in turn construct the solid enclosure with a fixed gate. Post construction, a solar powered LED light is installed outside. It blinks and hence keeping the snow leopard away. 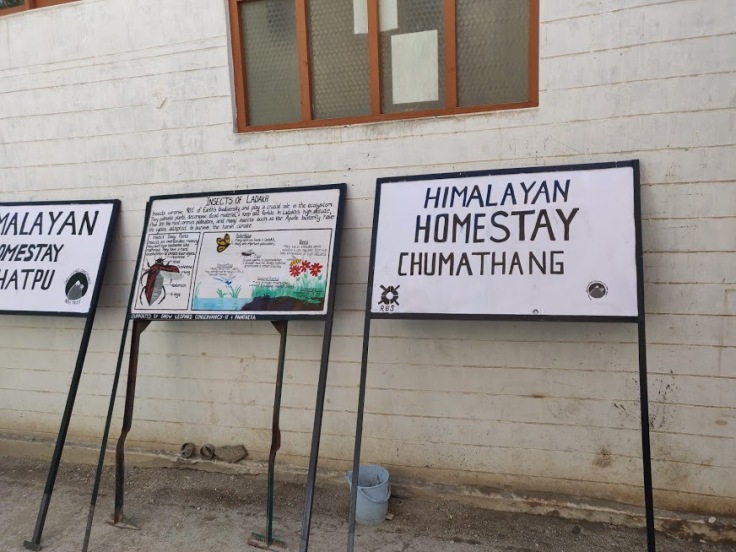 Apart from this, education programs have proved to be really helpful in rising awareness among the locals. Representatives from the NGO visit schools in order to spread information regarding the endangered species of animals, identifications and ways to ensure their conservation. Similar programs are organized with the local communities with the intent of rising awareness in scenarios like extinction and its impact. Snow Leopard, or any animal vanishing from the food chain will cause huge reciprocations in their lifestyle too.

Homestay programs from this NGO have seen a large success as many of the villages fall on offbeat trekking routes of Ladakh. By hosting travellers in their homes, these villages find an additional source of income and slowly they are less dependent on livestock rearing.

Apart from this SLC IT has also introduced handicraft and local textile training camps to revive their old traditions.

Reducing man animal conflict is only the first step towards ensuring conservation of Snow Leopards in Ladakh. The journey has new challenges now thanks to climate change, untimely rainfall, construction and increasing number of dogs.

6 thoughts on “Man – Animal Conflict in Ladakh and Proposed Solutions”