When it comes to travelling in Bihar, Patna’s name is seldom mentioned. Visitors usually look for itineraries for Rajgir and Nalanda or prefer travelling to Bodh Gaya and spending some time there. Despite being the capital and having such a rich history, Patna has failed to gain attention from the tourists. 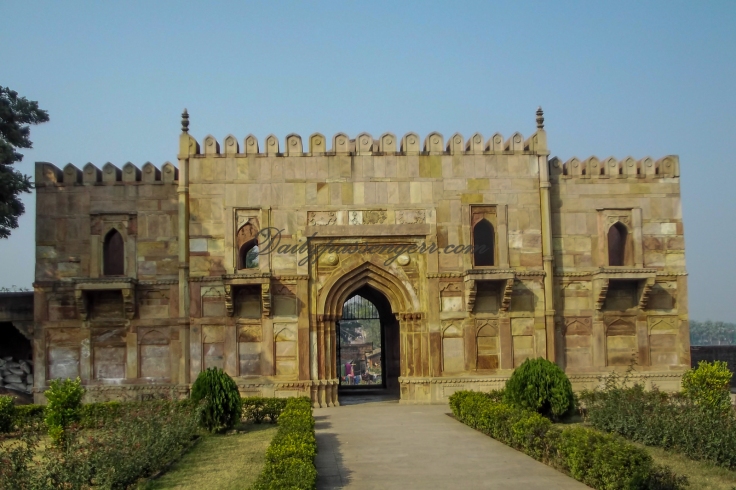 Ignoring that fact, there are a lot of places to visit in Patna with rich history and diversity. Patna is one of the few cities in India that has important significance for Buddhists, Hindus, Christians, Sikh and Muslims. With beautiful Stupas, Dargahs and temples, the number of places to explore in Patna is unlimited.

Among these tourist attractions in Patna, Maner Shareef is something very interesting and beautiful place to visit. This Sufi Shrine is something that is very unlike Patna. Located in Maner, 25 km away from Patna, this small town is located on the Banks of Ganges. It is believed the town is named after the Sufi saint Hazrat Makhdoom Yahiya Maner , whose tomb is known as Bari Dargah .

The Tomb of Makhdum Shah Daulat also known as Chhoti Dargah, is situated in Maner. This mausoleum is the finest example of Mughal architecture in Bihar. The design of the tomb complex is remarkably rich with decorative carvings. 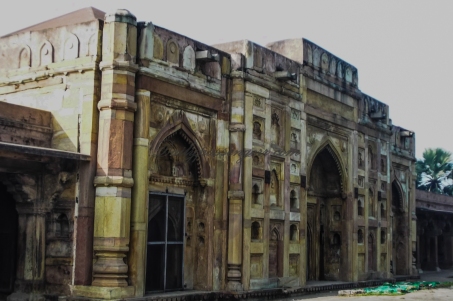 Maner Shareef Dargah was built in 1616 A.D. by Ibrahim Khan Fath Jang, Governor of Bihar under the Emperor Jahangir. The mausoleum was constructed over the grave of his religious preacher Makhdum Shah Daulat who according to the Persian inscription over the southern entrance, died in 1608 A.D. The mosque to the west was completed in 1619 A.D. and the gateway on the north in 1623 A.D. 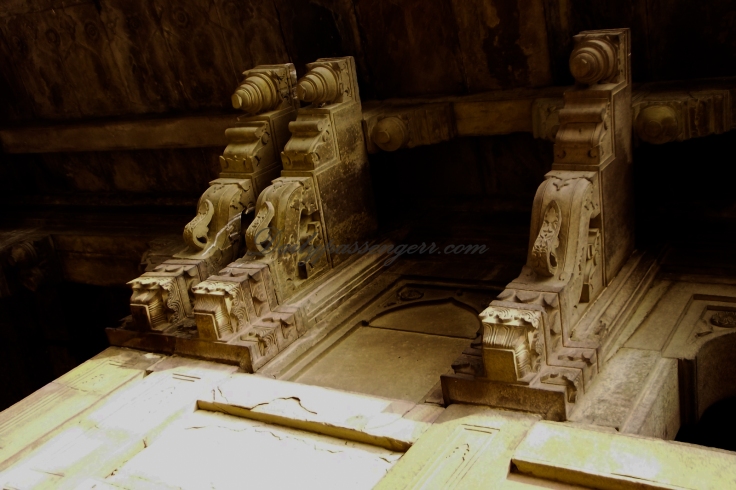 The architecture of Maner Shareef is influenced from the Mughals. Similar designs can be found in Red Fort and Agra Fort.

The courtyard houses the grave of Saint Makhdum Shah Daulat and of Ibrahim Khan in the centre. Ibrahim Khan was buried near the feet of the saint. The low height square platform the tomb uses chunar sand stone. The whole area’s dimension is 9.44 m sq internally and 10.56 m sq externally, surrounded by a verandah which is 3.55 m wide. Beautiful floral and geometrical patterns and calligraphic Quranic Verses adorn the ceiling.

Multiple open-side rooms with small domed cupolas, each resting on 12 pillars are present at the corner of the verandas. The roof of the main chamber is supported on four lofty stone pillars on each side with curtain walls. These walls are decorated with horizontal mouldings and rows of niches and arches. A gallery on its north and western side are present and join the central gallery.

Depleting condition of the mausoleum

Sadly, the condition of the Dargah and its building has been depleting. The baoli (watertank) at the entrance is in a poor condition and locals use it to bathe their cows and buffalos. The outside perimeter is filled anti social elements and school children who come here after bunking their schools. These kids pass comments at the female tourists who ever stumble around the place. I also saw a few guys smoking inside the complex and while the dargah has a caretaker, these guys don’t really care.

How to reach Maner Shareef

Maner Shareef is 25 km outside Patna. The best way to reach here is by arriving and Patna first and then hiring a private car. The nearest bus stand and station are in Patna.

One can stay in Patna and then travel to Maner Shareef. You are advised to start early so that you are able to see everything peacefully.

3 thoughts on “Maner Shareef – Best Place to visit In Patna”