Following Indian festivals has taken me to places far and beyond. This land of immeasurable diversity has these interesting events hiding in plain sight and other than a few travellers and photographers, hardly anyone knows about them. 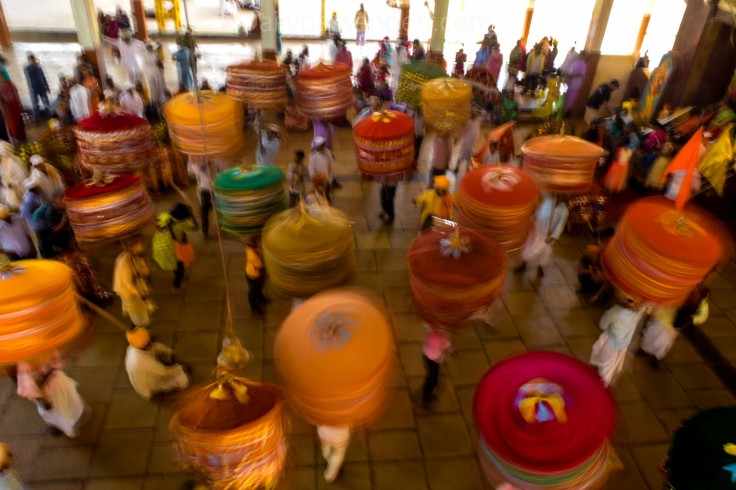 I found out about this festival through some photos on Instagram. The flying golden colours made me go crazy to attend the event. I was in Goa so I figured out that I will take a bus to Kolhapur, stay there for two days and will return to Mumbai or Goa depending on my schedule. And so I did. 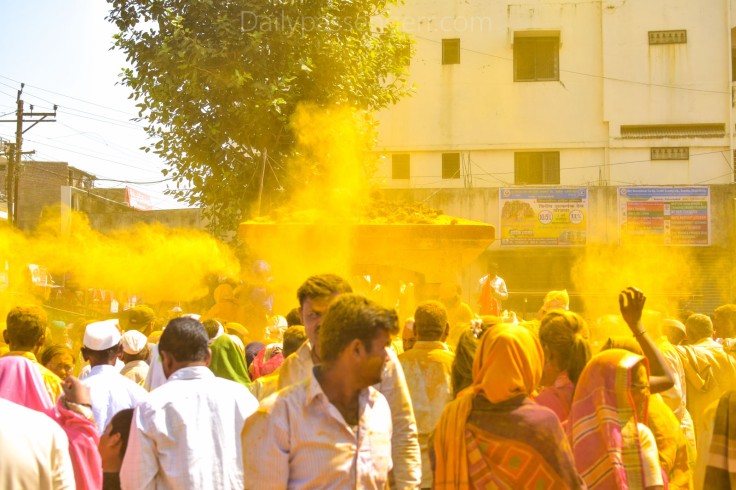 I check in to a budget hotel in the city and after freshening up, I walked out in search of a ride to Pattan Kodoli. I ran into two guys walking around with their DSLRs. They too were going to the same place and they asked me to join them. 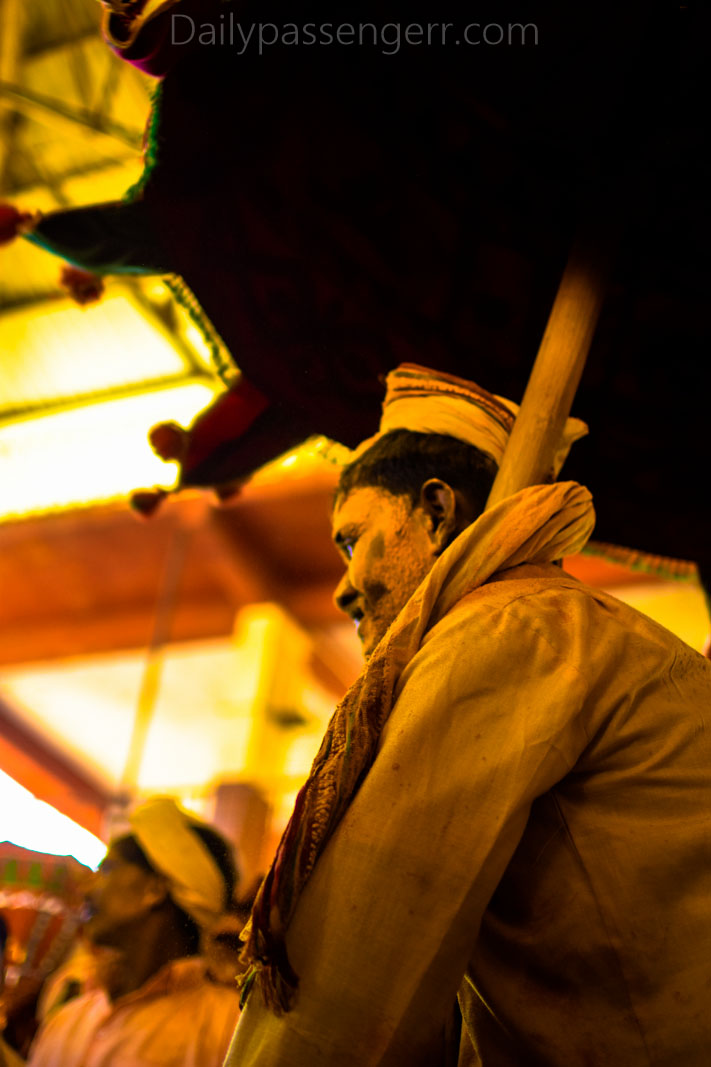 The first day of the festival is kind of dull. Nothing happens much. Devotes from nearby districts and even Belgaum arrive in the city, a huge fair is organized and a little bit of Haldi is played. But this is just a small glimpse of what is about to happen on day 2. We wandered around the temple complex and then left by lunch. 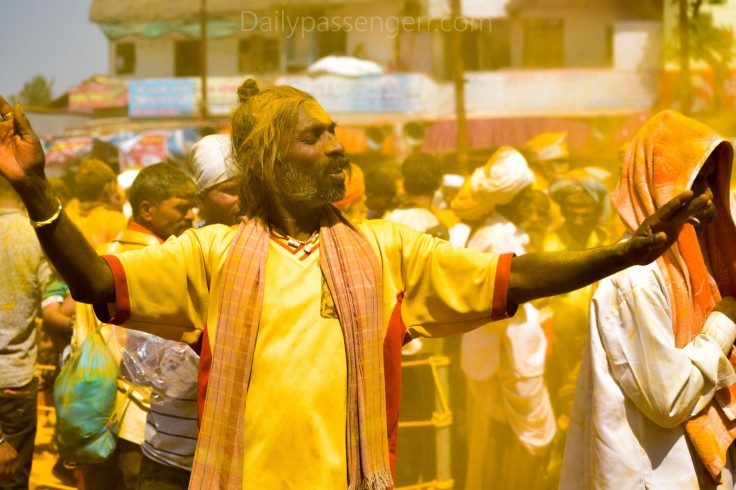 Mood of festival completely changed on second day. The crowd increased by tenfold. you would see people throwing Haldi, i.e., turmeric powder everywhere. A ‘Baba’ sat in the middle of the crowd and people threw Haldi at him to seek his blessings. Hailing from Anjungau Village, Sri Keloba Rajabau Waghmode, known as the ‘Baba’ of the devotees, walks 17 days from his village to reach Pattan Kodoli for the festival every year.

Devotees also perform various kinds of tasks for penance. You’ll see people getting stuck by hunters, two at a time. The sounds that comes out when the leather strikes the person’s body is enough to understand the level of pain one would feel. 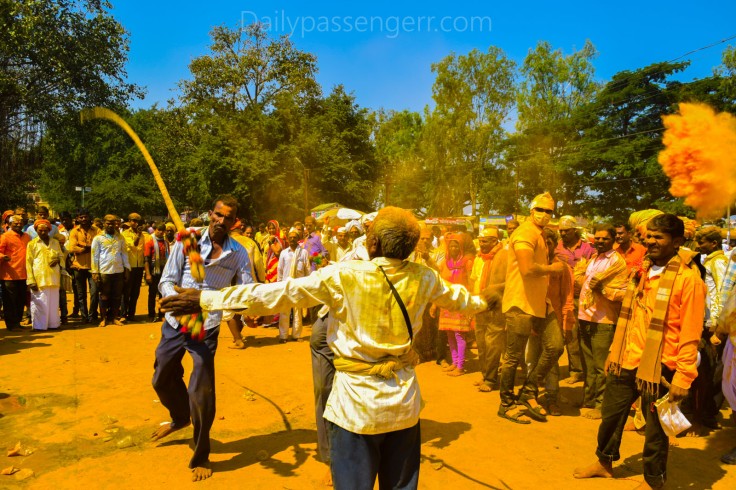 The festival then proceeds inside the temple complex where people dancing and singing throw haldi at each other. I meet another group of photographer and they take me to the rooftop from where we can get better views. It slowly becomes really crowded and suffocating. 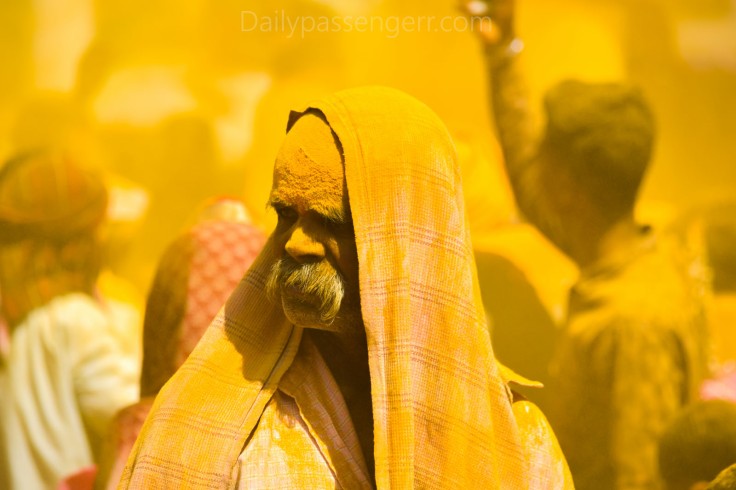 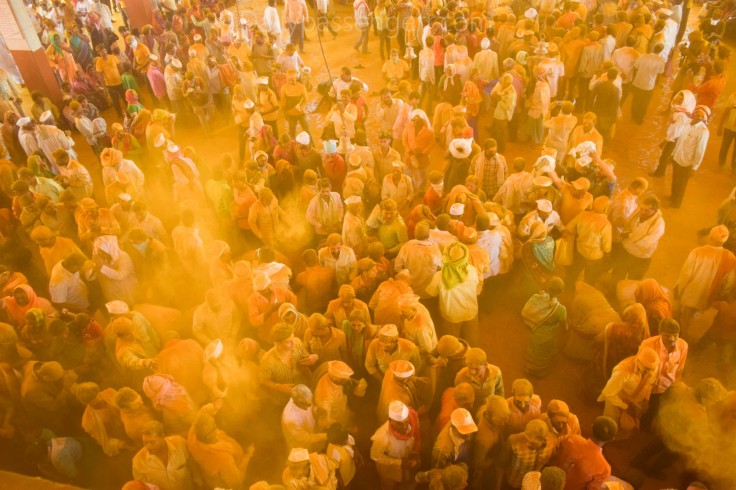 The singing and dancing goes till 3 PM after which Vittal Birdev arrives in in temple. I will never suggest anyone to stay around the temple entrance because the crowd goes in frenzy. The state of trance increases and everyone starts running to take a glimpse of ‘Baba’. He has a sword in his hand and blood seems to be dripping out of it. But his state of trance doesn’t allow him to feel the pain. I had to save myself and run outside the temple after which I couldn’t see anything because the sea of turmeric had filled up the air.

Precaution – Keep camera covered when you go to shoot such events because the more turmeric flew in air, the more it went inside my camera and at some point it totally lost it focus. 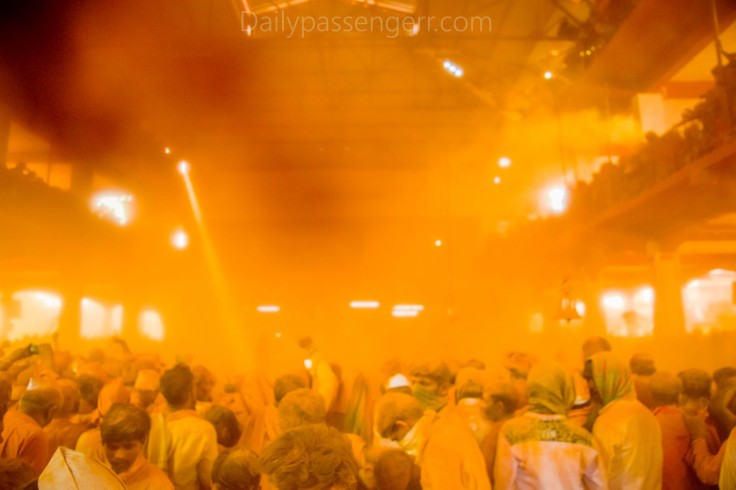 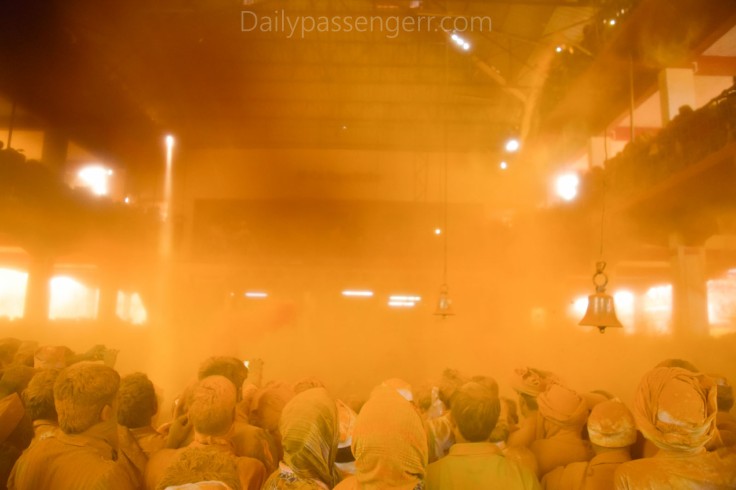 Next day, when I reached Mumbai, I went straight to a camera repair shop and asked them to service it. Almost 250 gms of haldi was sitting inside my camera. I wonder what the shopkeeper must be thinking of me.

16 thoughts on “Pattan Kodoli Haldi Festival – Where Everything Turns Golden”