Valley of Flowers was a nice trek that I did after my initial inhibitions. The only reason I avoid travelling in Uttarakhand was because of rain. I waited for August to be over because I was in Ladakh and would have taken time to travel all the way to Uttarakhand.

My work finished in mid of September and I decided to go to Valley of flowers as soon as possible. As a solo traveller, I realized a few things that I must not do while planning (or not planning) a trip. Here are a few stories from one of my not so ambitious treks –

Perils of not keeping gaps between two trips

I travelled from Leh to Srinagar, spend a few days in Kashmir, travelled on a train, then on a bus and then on another bus before I reached Delhi. I had to leave for Rishikesh and then to Valley of Flowers in the coming week. But I felt like giving up or postponing my trip. 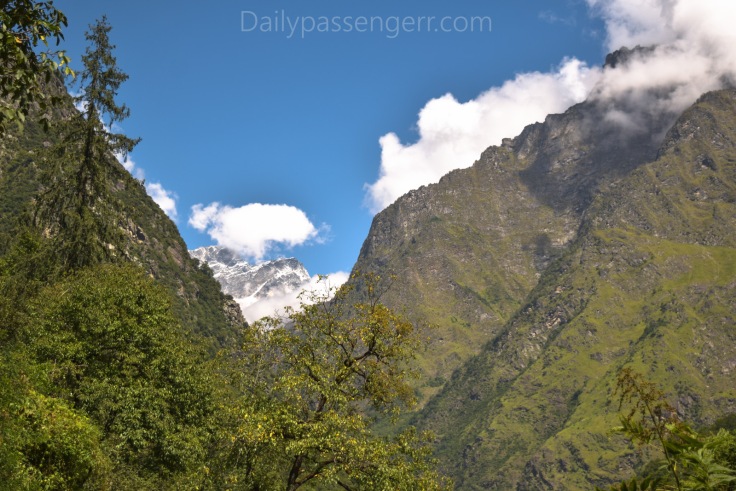 As a solo traveller, constantly on move, it is important to understand what it means to take breaks between travel. I was already tired and I felt like sleeping for all day. I had pending work and I couldn’t work for a bit. And yet, I dragged myself out of the bed, went to Kashmiri Gate Bus stand and took a bus to Rishikesh. By the time I reached Joshimath, the last stop before Valley of Flowers trek, I was almost sure that I am not going to continue my journey.

Sleep should be important. A traveller should have a few days in hand to revive himself before commencing another journey. I learned this hard way and didn’t work on it until it became worse.

A boisterous journey to Ghangharia

Trek to Valley of Flowers starts from Govindghat. You can walk a few km before the road ends or you can take a lift in a passing jeep and since most of the time it is pilgrim Sikhs going to Hemkunt Sahib, they tend of help the passerbys. From the point where jeep stops, a neverending journey begins to Ghangharia basecamp. You have to climb stairs after stairs with absolutely nothing in sight that is worth stopping for or relishing. A river meanders but it is just like any other river you come across during any other trek or even while travelling around the hills. At a point, you see a board saying some view point and it is not even worth stopping.

Day 1 trek is almost 14 km and when you go through a flight of stairs, it becomes really annoying to after a while.

Luckily, I met a bunch of awkward travellers from South India who were also travelling to Valley of Flowers and I decided not to join them. They were really nice people who I kept meeting again and again. Finally, I reached Ghanghria, found a small guesthouse for 400 rs per night and called off the night.

So I woke up next morning at 6 because I wanted to make the best out of my time to the valley. As I started walking, I realized that this is another flight of stairs that I have to tolerate for a while before actual trek begins. A path diverges to VOF from the pukka road leading to Hemkunt Sahib. On the diversion, you come across a small checkpoint with a message –

Entry time to Valley of Flowers from 8:00 AM.

I was not in a mood to go back to my hotel. Those stairs were too annoying, so when I found that no one was in sight, I walked further and entered the trail. It was fun exploring and wandering around the valley before other guests started arriving.

I returned after I had enough of the place. I reached the same gate and as I crossed, someone called me. He asked for my name and number. Then he asked for a slip that I didn’t have. He couldn’t find my name in the register. He called his senior who imposed a fine of INR 300 for breaking the rule.

Valley of Flowers forest department keeps a check on the names of trekkers who are passing by. There are people from the same department who return in the last and are informed about the people who fail to return by evening.

That Khichdi at Hemkunt Sahib 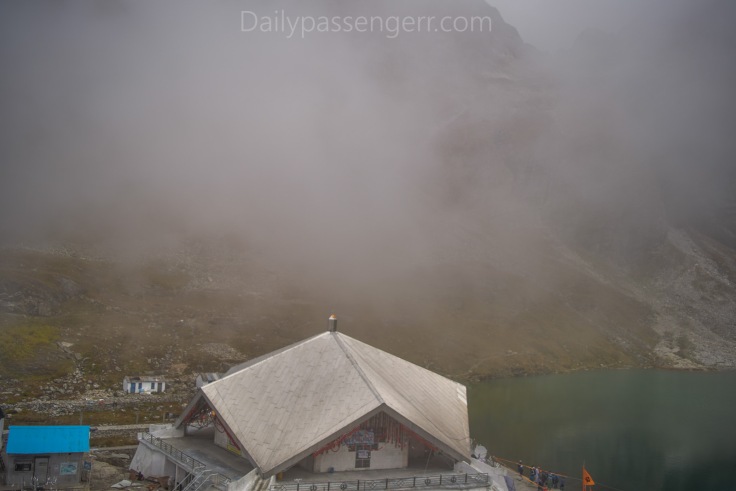 Third day of the trek goes from Ghangharia to Hemkunt Sahib. This is another trek through a series of stairs and horse poop lying all over the place. There is a shortcut but if you slip, you’ll break a lot of bones.

But the moment you reach Hemkunt Sahib, you find yourself in a soothing atmosphere. The tiredness goes away and you probably attain a new level of spirituality (if you are into that sort of thing). 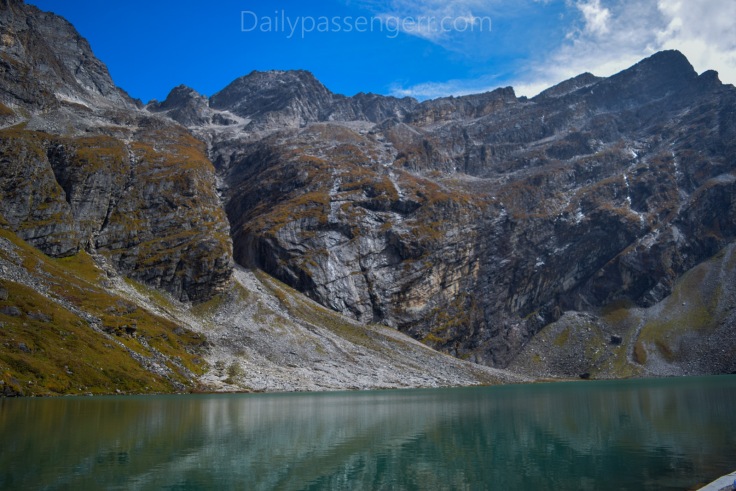 I headed for langar as I was almost starving on a plate of maggi since morning. The aroma of fresh and warm khichdi ran into my nose. The langar committee was serving tea and khichidi. Everything was so wow. People around me took several plates of khichdi, not because it was free but because it was so yummy. If I ever return to Hemkunt Sahib, it will be all for that khichdi and nothing else. 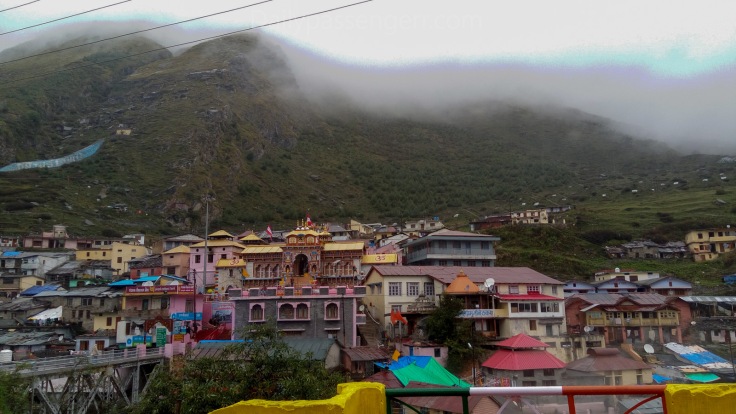 Remember, the bunch of South Indian travellers that I met initially. I met them over and over again during the trek. Since it is a small place, you become familiar with people around you. I met them again when I came down to Govindghat. They were negotiating with a taxi driver to go to Badrinath. They offered me to join and happily I did. We went to the beautiful temple of Badrinath, saw the last village of Mana when it started to rain.

Normally, I am not scared of rains but it was Badrinath and the roads were not in the best shape. The driver told us to leave as soon as possible because if landslide happens when god knows how long we will have to stay here. It was really scare when we passed by one landslide and then waited for another one to be cleared. As the jeep moved, stones started falling on the roof. It was so scary. Eventually we reached Joshimath but it was a hell of an experience.

Valley of Flowers will remain as one of the most memorable treks not because I came across any such views or sceneries that I will not find anywhere else in the world but because of the first hand experience of passing a disaster safely. When I cross Valley of Flowers off my bucketlist, it was a strange satisfaction because I was planning to do this trek for last 5 years and the last time I had tried, I got stuck in the worst rainfall of my life. That story will be told some other day.

19 thoughts on “Musings from Valley of flowers”