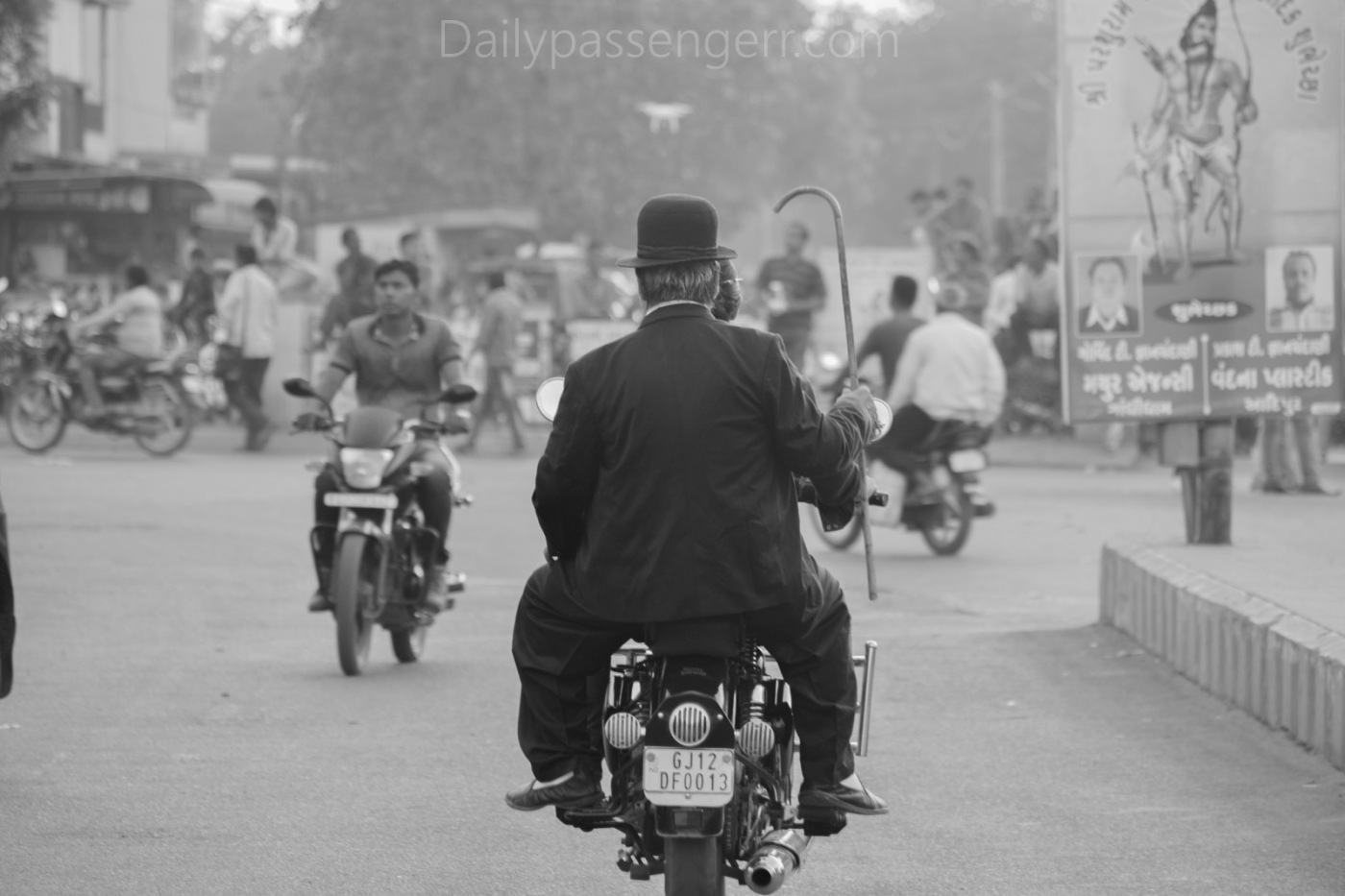 You’ll never know who will end up impacting your life at some point of time. Today, we have social media and often make heroes out of people who we find inspirational or even someone with whom we can connect to on a personal or a spiritual level. But what about the times when these mediums didn’t exist?

40 years ago, a doctor from Adipur saw Charlie Chaplin’s movie Gold Rush. During a tough period in his life, he found a way to forget his troubles and connect with a person who was providing laughter therapy to the world for a long time. Dr. Aswani, loved the movie so much that he saw four consecutive shows. When he returned home, he founded Charlie Chaplin Club and decided to celebrate his birthday every year. Since then, people of this small town of Bhuj parade around dressed up like the famed comedian and celebrate his life and legacy. 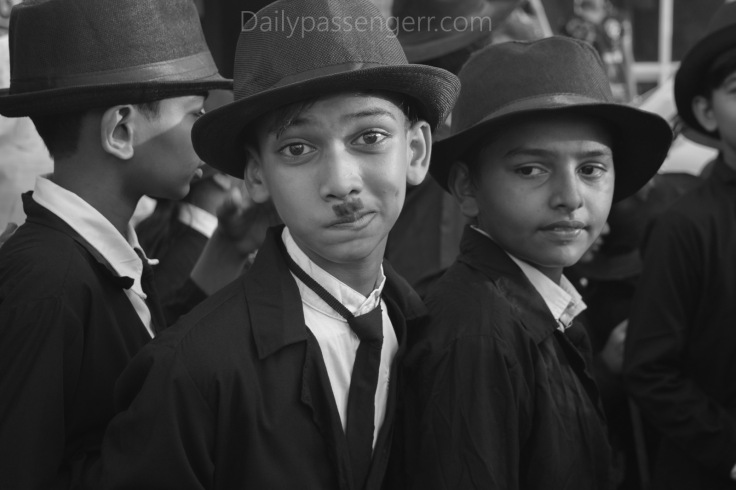 Doctor Aswani, an ayurvedic doctor from Adipur is the man behind Charlie Chaplin club. Over the time the club has grown with many members from Mumbai and Ahmedabad coming here to celebrate Charlie Chaplin’s birthday on 16th April.

He lost his job when he didn’t turn up for work and spent his time watching Charlie Chaplin movies. He failed in multiple jobs because he was so deep in his own fandom. He even got selected for Film and Television Institute of India but his ideas didn’t match with the way the institution worked. He dropped out and returned to his home with no job and no future.

He appeared in an exam and started his training as a ayurvedic medical practitioner. During this phase of life, he was advised by a friend ‘keep the charlie in you alive’.

When he celebrated Charlie Chaplin’s birthday for the first time in 1973, it was on a very personal scale. Nothing like the one that you are seeing in these photos.

Apart from practicing medicine, he also organizes mime workshops children in the town.His Charlie Chaplin Club has members from all around the country.

From young kids to adults, whole town joins in the celebration of Charlie Chaplin’s birthday. Fans show up dressed up on bowler hats, walking stick and black and white suits impersonating the comedian’s signature style.

Adipur is near Bhuj and the weather is very hot during the afternoon. Walking around in this costume is not easy for many of these young fans but they show up with great zeal and enthusiasm.

He recounts his first introduction with the comedian “I laughed and laughed and fell down on the ground. Three times I saw that movie, and next day I lost the job.” 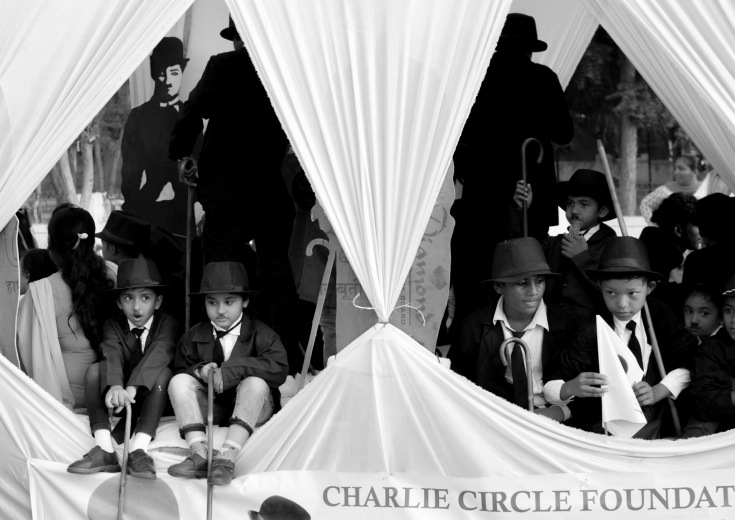 Doctor Aswani has trouble walking now, but he oversees the festival with his daughter who drives him on her bike. 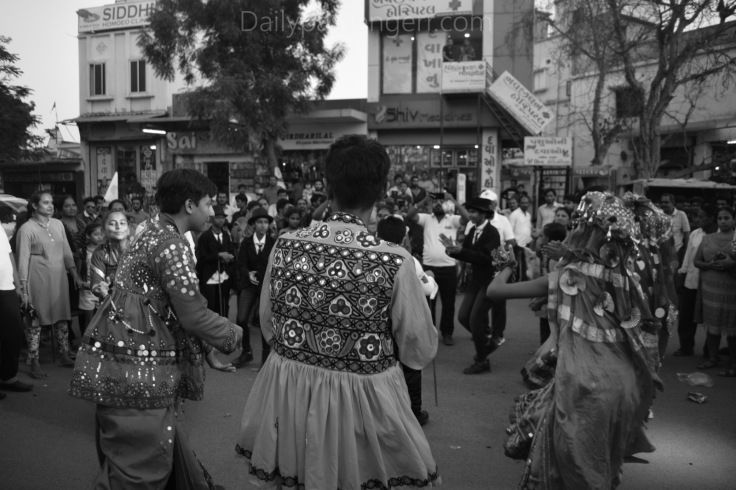 Adipur, being a Gujarati town, doesn’t forget its garba routines during the festival. It is fun to see a group of performers impersonating Charlie Chaplin’s style while others dancing on traditional Gujarati beats. 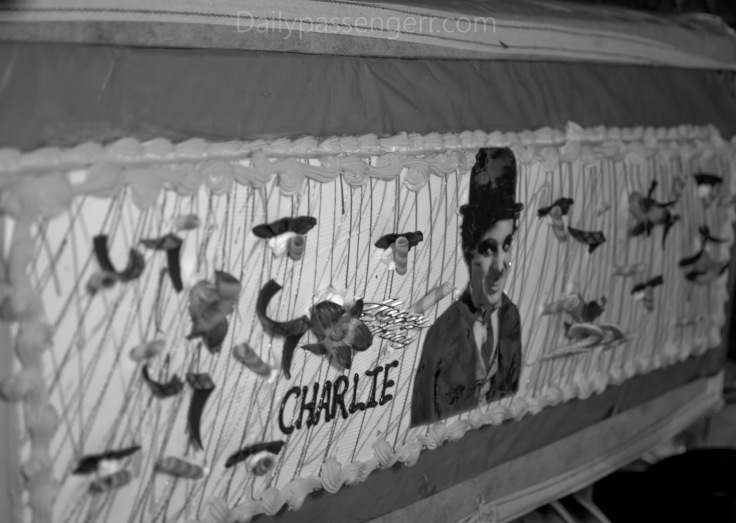 With every passing year, the size of cake becomes bigger. This time it was so long that it became difficult for us to click the whole piece properly. 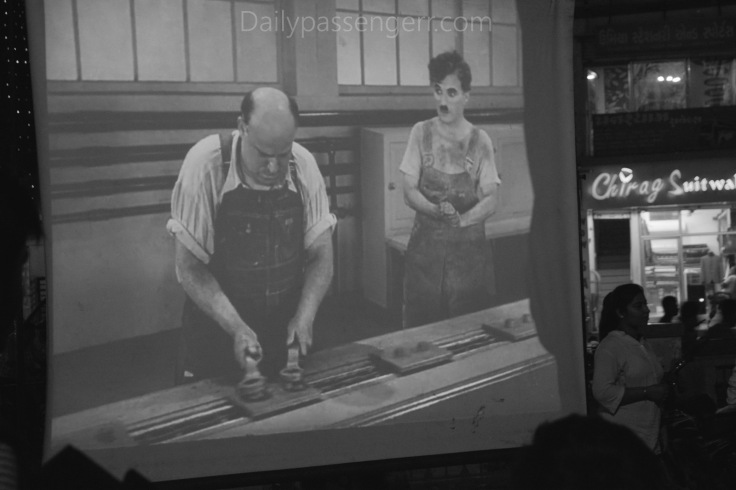 “You’ll find that life is still worthwhile, if you just smile.” – Charlie Chaplin