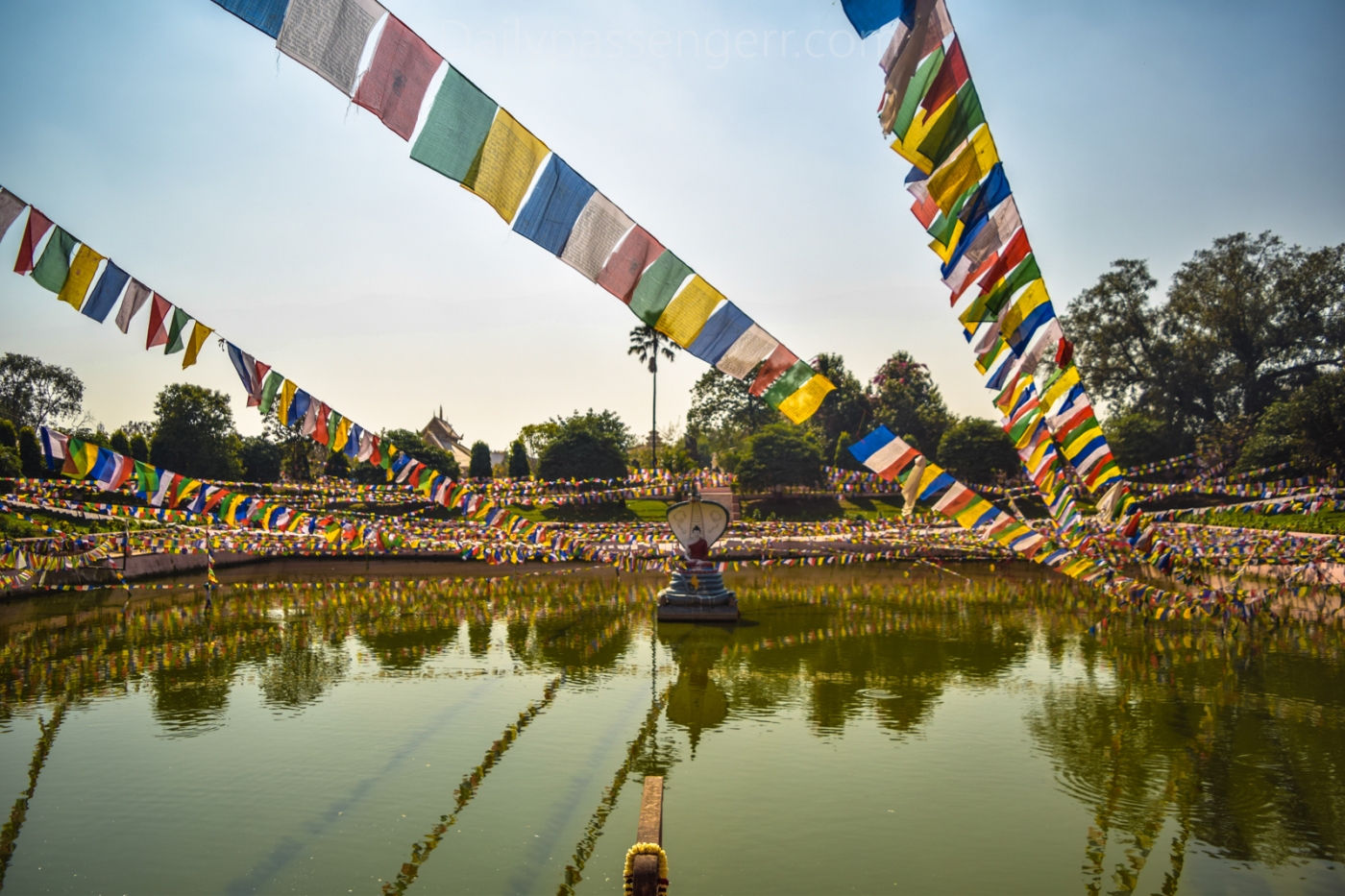 Usually, when Losar festival of Buddhist religion is mentioned, names like Ladakh, Mcleodganj or high-profile Bhutan ring up in mind. Obviously, these places are the biggest names and establishments where Buddhism is present and has spread its roots in a much stronger way. No wonder they celebrate the Buddhist New Year with much enthusiasm and fervour.

But what about the place where Buddhism originated? What about Bodh Gaya and how do they celebrate Losar here? These questions made me wonder if one of the most important Buddhist destinations in the world has anything to do with Losar. So I decided to ditch Ladakh and go to Bodh Gaya instead. 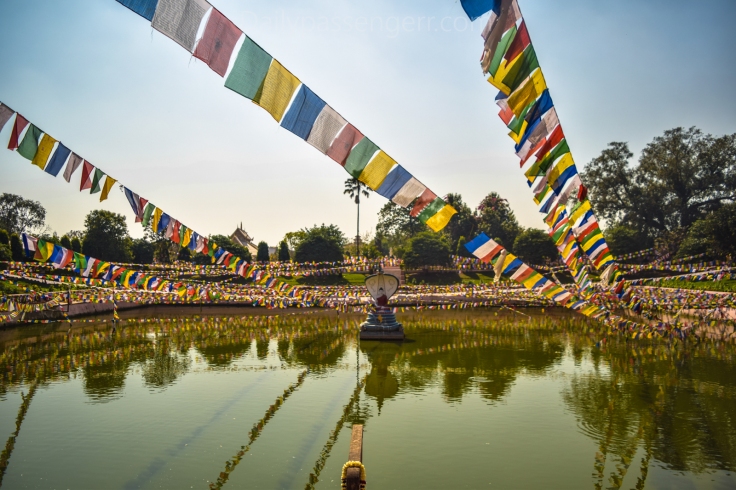 Bodh Gaya is one of the most important places to visit in Bihar. This is where Siddhartha Gautam attained Bodhisatva and was later known as Lord Buddha. His teachings spread all over the world and its followers grew in numbers. Today, the presence of Buddhism is well documented in many countries and is prime religion of many.

Losar is celebrated on the occasion of arrival of Buddhism in Tibet. The destinations in India where Tibetan migrants are present in large numbers celebrate Losar and with time the name got assosiated with Buddhist New Year. With time, the festival has made its mark in Bodh Gaya. 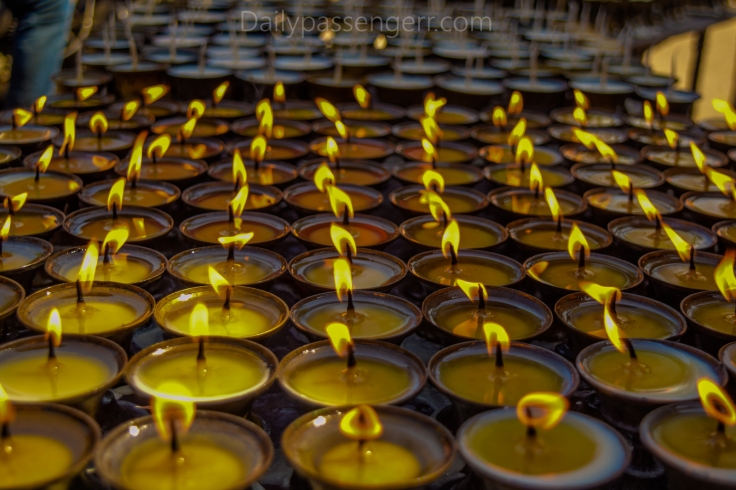 I reached Bodh Gaya a day before Losar festival and went straight to Mahabodhi Temple. Mahabodhi Temple is one of the most important temples of Buddhist religion and is situated in the complex where Siddhartha Gautam spent his days meditating. The temple complex was beautifully decorated. From the entrance which was filled with Chinese lamps (what an irony) to the main complex where different flowers adored every corner of the location, everything looked beautiful. 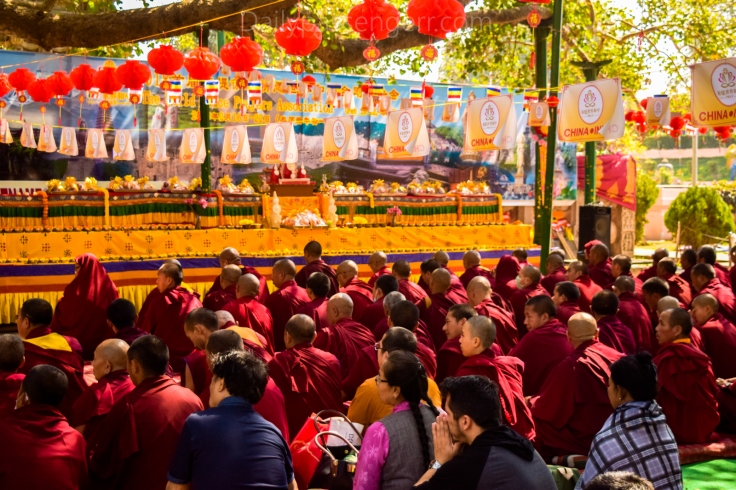 Due to Losar, Bodh Gaya was filled with Buddhist Monks and followers who had assembled here from different countries. You would see large groups of Monks wearing their traditional clothes mediating in different parts of the temple complex. A large group had assembled near the Bodhi Tree and were discussing something important about life and religion. Individuals were sitting at certain spots in different parts of the temple and were busy meditating.

Mahabodhi Temple has certain aura and energy that is transferred into the soul of individuals who come here with true intentions. 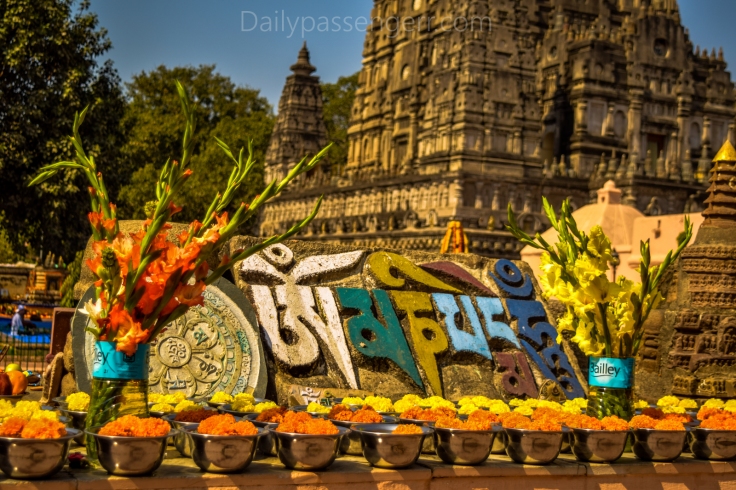 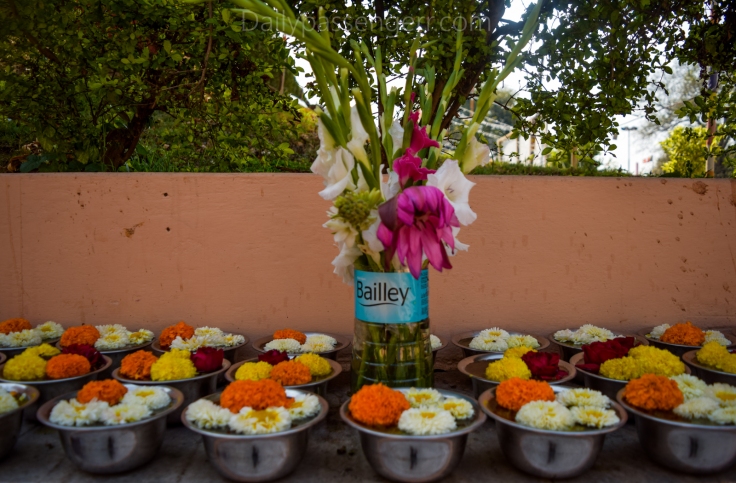 Bodh Gaya temple administration has worked really well on curbing plastic consumption. You’ll notice that the bouquets are made from used plastic bottles with their top-half cut off and the lower portion being used to store different flowers. 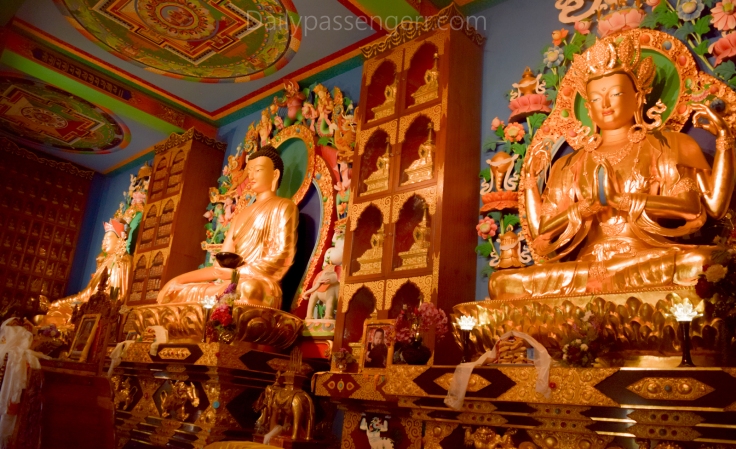 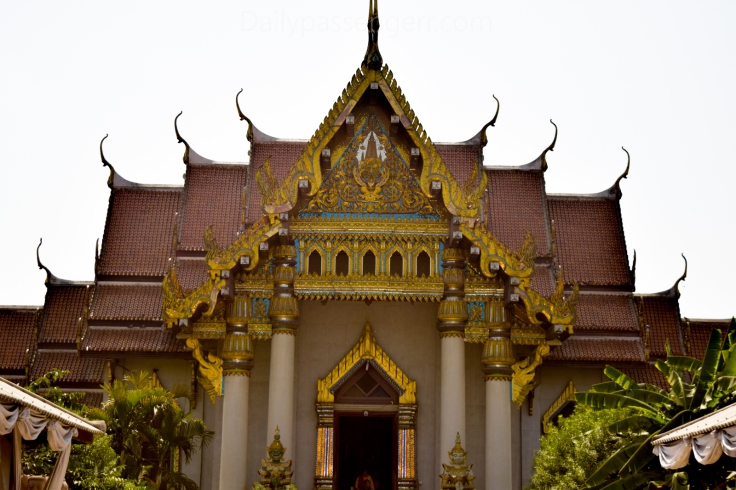 Bodh Gaya has some of the best Buddhist Monasteries in East India. The collection of these monasteries is the largest and even more compared to Darjeeling, Gangtok and Kalimpong. Each Monastery has its own style of decoration during Losar. The most important ones that celebrate Losar are the ones from Thailand, Burma and Bhutan. The Japanese Monastery in Bodh Gaya didn’t look much festive, upon asking I was told that the celebrations here are organized in accordance to the festivals in their own country. 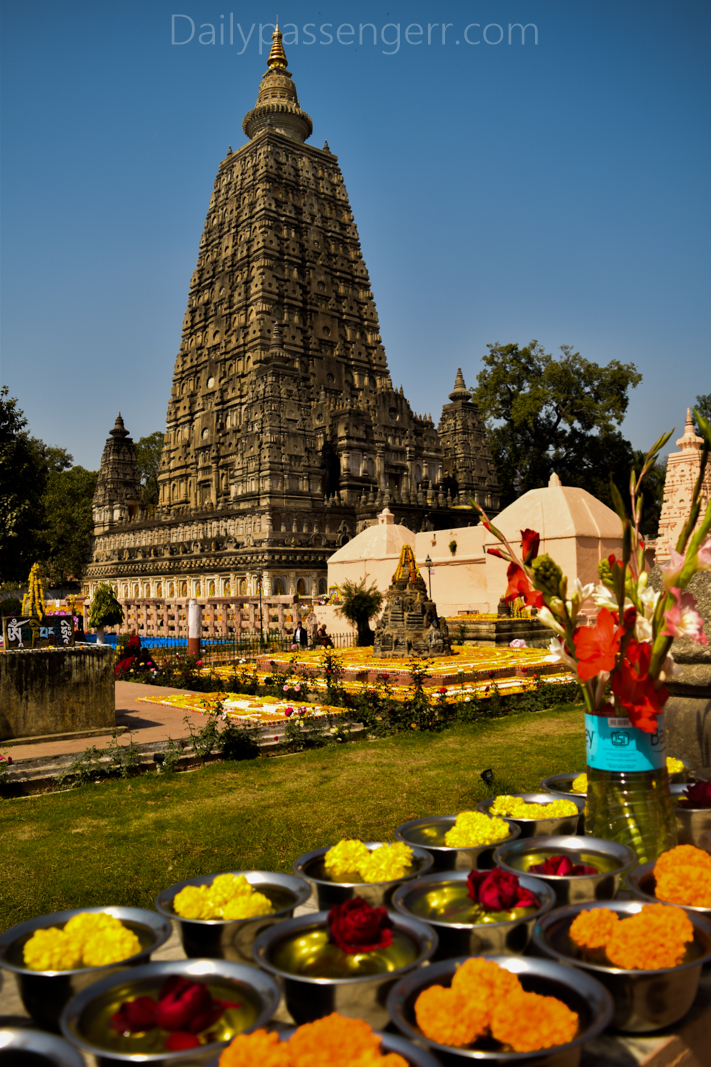 During Losar, Mahabodhi temple comes alive with chants and hymns from Buddhist religion. You won’t see the traditional mask dance here but I believe that it should happen here because it will signify the importance of this place in Buddhist community. 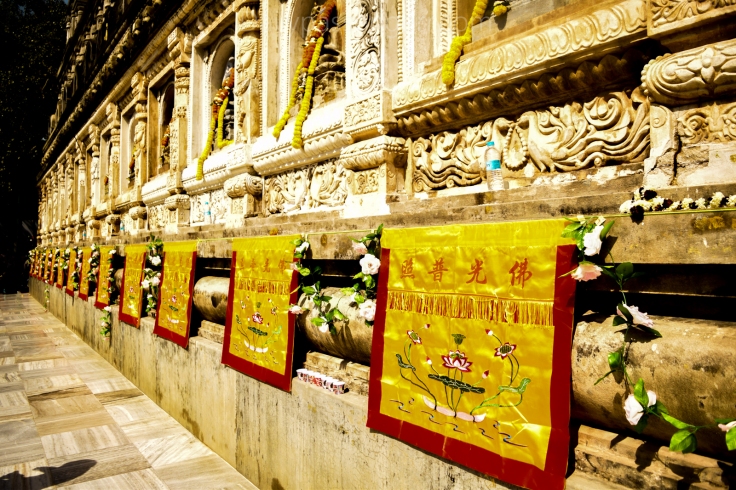 The temple itself has long line of devotees that makes entering a little longer than rest of the days. People come here, pay their respects and then leave. The beauty of Bodh Gaya during Losar is really different and unmatched to anything else.

How to reach Bodh Gaya

Bodh Gaya is connected to Indian and international cities via flights and trains. Regular flights from many countries like Thailand, China and Japan land here at Gaya International Airport. One can catch trains from Varanasi and Patna to reach Bodh Gaya in 3 hours.

Trains will get you down at Gaya station, from where shared auto rikshaws or private cars will take you to Bodh Gaya. Make sure that you bargain with auto rikshaws as they quote any price if they spot an outsider or Foreigner

Where to stay in Bodh Gaya

Bodh Gaya has different hotels in various price range. You can also find hostels in Bodh Gaya but they are only available on Airbnb.

Bodh Gaya is mostly safe but you need to be vigilant, especially girls. Gaya Station and train journey in Bihar may prove inconvenient but once inside Bodh Gaya, there is no need to be worry. Also, if your train is in the night then don’t wait till evening to leave Bodh Gaya. Try to reach station in the afternoon and spend your time there in waiting room.