In local legends, it is said that a widow named Likai lived in a village name Rangjyrteh. She had a child who she loved with her heart and soul. Seemed like she found love and decided to get married for a second time. The new husband, jealous of the fact that she gives more attention to her child than him decided to do something about it. 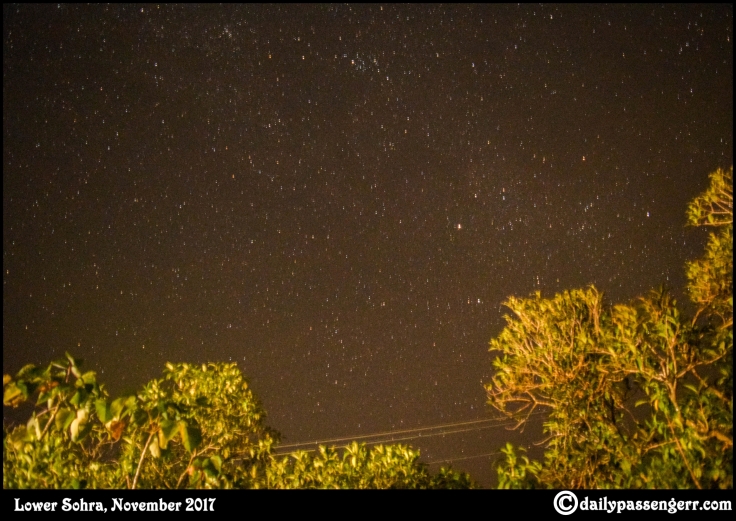 Next day when Likai went to work, the husband killed the child and cooked him. The same food was served to the poor woman, unknown to the fact that she is eating her own child. When she found out the truth, she jumped from a waterfall and killed herself.

The waterfall from where she jumped was named in her honor, Nohkalikai. The name Nohkalikai can be translated from Khasi to Jump of Ka Likai’

Multiple legends revolve around Nohkalikai’s name. But the woman and her child are the most popular fable that everyone has known about.

In my last blog, I talked about Cherry Blossom Festival of Meghalaya. There, I mentioned how I left for Cherrapunjee rather than wasting my time on the festival. I met another backpacker and we decided to visit this waterfall.

Life is funny, in my last three visits to Meghalaya, I have always avoided Nohkalikai thinking that it is mainstream. I didn’t know that I was in for a surprise. If I had not met this fellow backpacker, I would have gone to Dawki or some familiar place where I would see the same things that I have explored multiple times in the past.

We started walking for Nohkalikai at 9 in the morning. The waterfall is 2 km away from main town of Sohra, one can reach the destination in 45 minutes if they are on foot. Walking by old abandoned villages and cemeteries, we reached the ticketing point and entered the waterfall. 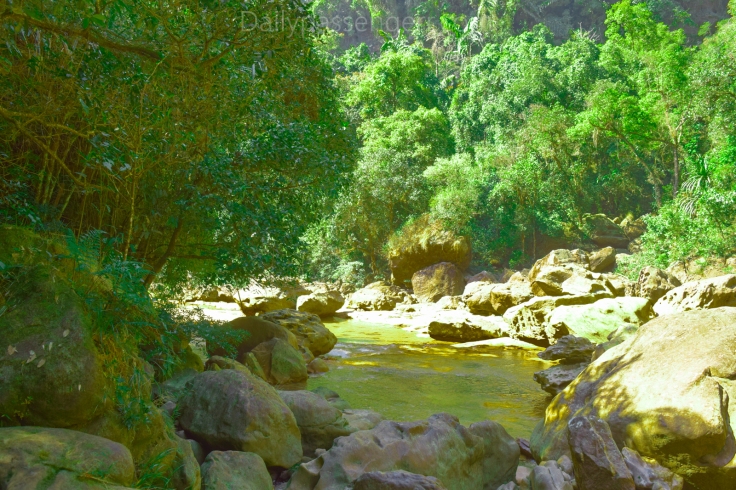 How was the waterfall? Just like every other waterfall.

The monsoon season was gone, so the flow of the waterfall was thinner than it is normally. I went to the view point and saw a flight of stairs going downwards. These stairs take you on the base where the waterfall turns into a stream. If you have patience to go down 150 steps, then you are most welcome. If you do then do let me how much time did it take to climb upwards :P.

Trekking to the base of waterfall is not easy. As you walk out of the waterfall point, you’ll see a board following which you’ll find the trekking route. We met a local guide / guitarist / artist who walked with us showing us the way to the base.

Fun Fact – When you go to Meghalaya, always ask the names of the people you meet. Locals here have funny English names. I have met Colonel, President, London and even Music. Our guide turned out to be Paradise. I wonder if he or his parents were a Coldplay fans.

You walk through the grassland and enter a moderately dense forest. Slippery stones make the route a little tough but walking is easy. Since it was not raining, we crossed the forested area and reached the base quickly. 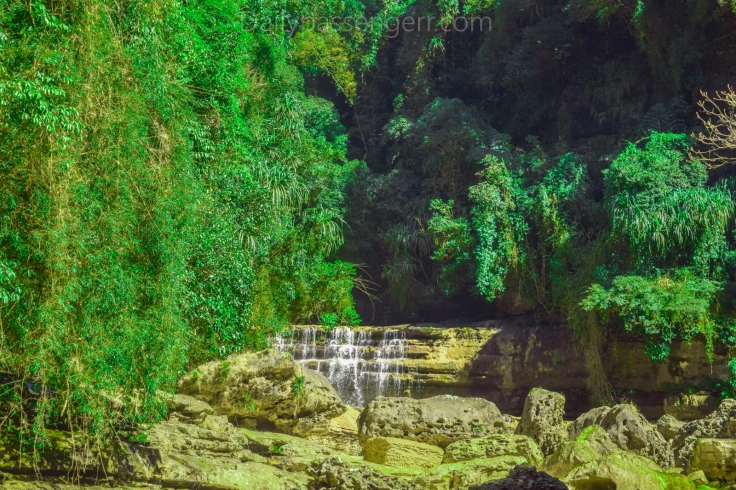 This point is filled with huge rocks that act as obstructions in walking further toward the mouth or the point from here Likai jumped. Those who dare normally go a little further; I normally choose not to take such risks. So while my new friend and the guide went ahead, I sat there pondering upon mysteries of life and death.

They returned in half an hour and we started our return journey. While climbing, Paradise tells us that the place where I was resting is the home of an ancient deity who walks there. Many have seen her and she is not pleased if someone violates the sanctity of the place. Thankfully, she didn’t make an appearance before me, or did she? 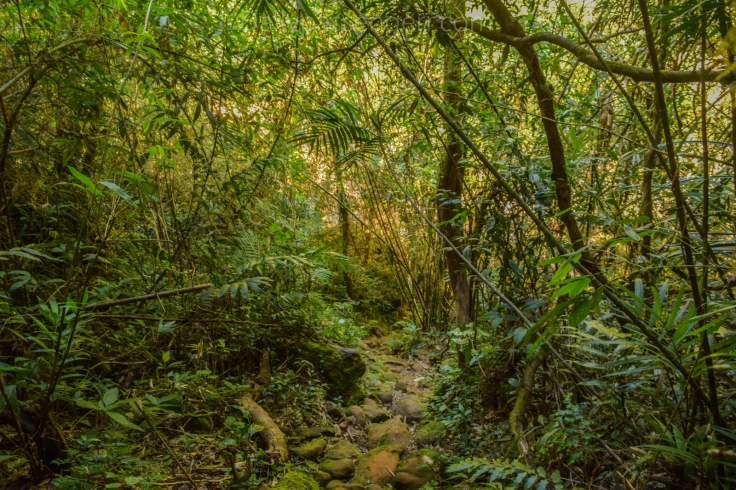 How to reach Nohakalikai waterfall – Nohkalikai waterfall is in Cherrapunjee or Sohra. Once you are in Shillong, you’ll find many shared cars travelling here. Hire a shared taxi from Police Bazar and ask them to drop you at the taxi stand. Try to travel before 12 as it gets pretty dark after 4 PM.

Additional Notes – Sunset time in Cherapunjee is around 4 PM. Make sure that you return to your guest house before that.