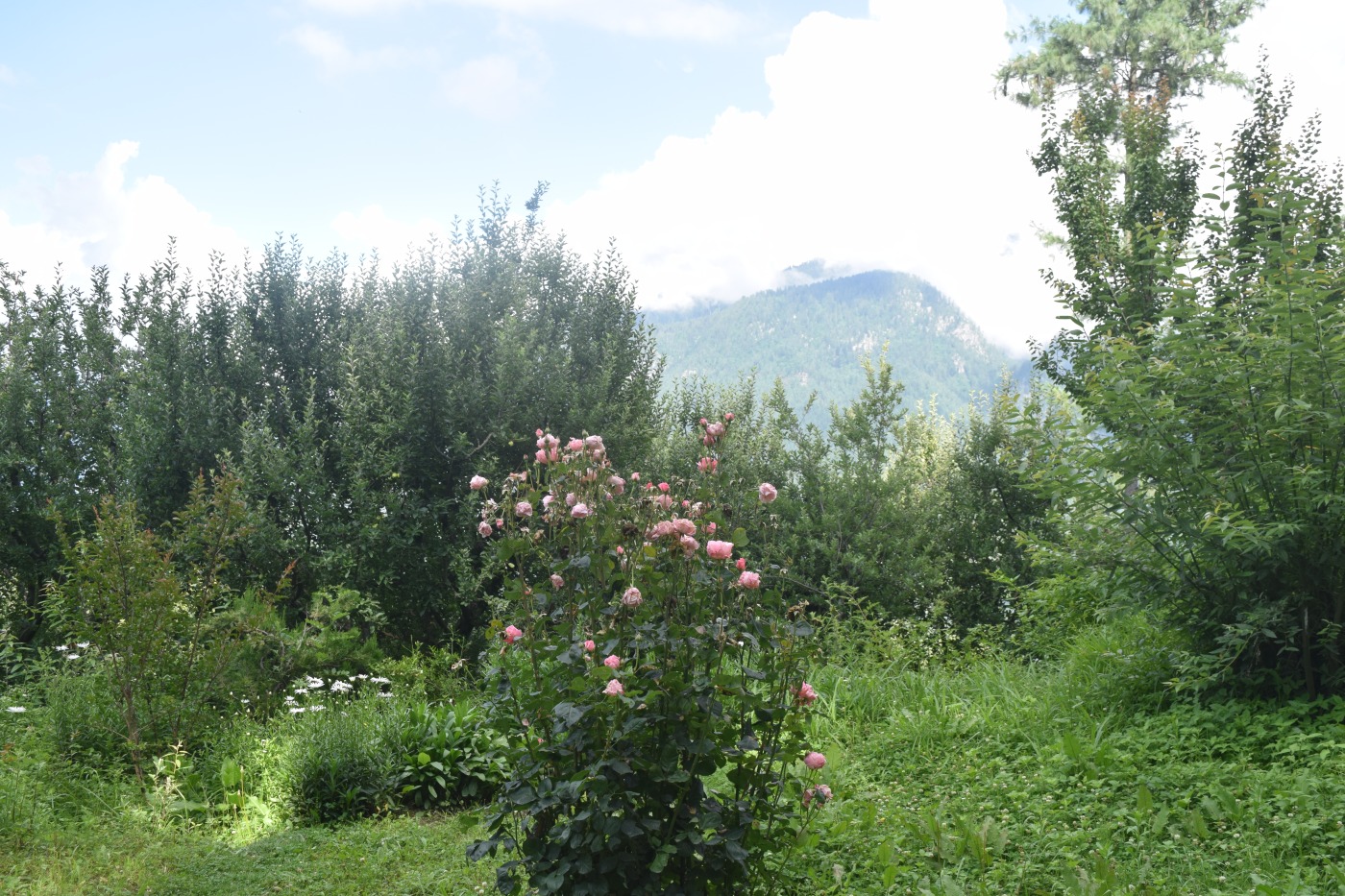 Casual travellers are like a bunch of locusts. They move in packs and then destroy the ambience and aura of a place and then move to another destination. With the tourism boom in North India, several villages closer to Delhi and Chandigarh fell in the trap of offbeat travel and slowly lost their ecology thanks to the SUVs and luxury hotels running here. Himachal Pradesh being the most accessible has suffered the most thanks to this tourism boom. Places like Mcleodganj, villages around Kasol and Kullu valley have suffered the most because of people craving to explore more offbeat.

Disclaimer: The locals are equally responsible for the destruction of ecology of a place as much as the tourists are

As a new victim of booming tourism Industry, travellers have decided to skip Manali for Tirthan Valley. For the last few years, this gateway to Great Himalayan National Park was an unexplored sanctuary only known between a few travel enthusiasts. Today Gushaini and even places beyond Jibhi are being discovered and being exploited by tourism industry and travel sector. In last three years, the villages outside GNHP have accumulated heaps of plastic bags and the reason why some bright minds decided to take an initiative and remove this plight from Jibhi before it takes shape of a huge epidemic like it has happened in Manali, Shimla and Kasol.

Lalit Kumar is the founder of Jibhi Cleanup program and runs a lovely homestay in the town by the name of Leena Palace. In the summers of 2017, he invited some volunteers to take part in a small cleanup drive around a few of the developing tourist spots of the region.

For any cleanup drive, it is more important to spread the message of the value of keeping the place clean than a group of volunteers simply going and removing the garbage. If the later happens then it will result in two things; first, the villagers will start depending on these strangers to come up and cleaning the place and second, once these volunteers leave, there will be no one to take care of the garbage and the situation will revert to the previous condition.

The idea behind the Jibhi clean-up drive was simple; to make the locals aware about the value of keeping their village clean. One the first day of the cleanup, we went to Balunag temple. This small temple is located at a small trek of 2 kilometres. When we started the cleanup we found that the route was filled with packets of chips, mineral water and cold drinks. It took us more than 4 hours to remove the heaps of plastic garbage from the region. 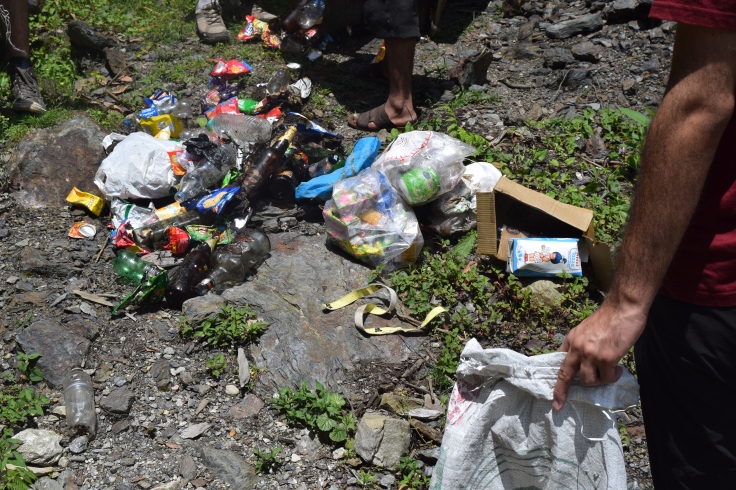 Later we had a meet and greet session with the villagers with whom we discussed the reasons why their village needs to be clean and what harm would plastic waste bring to their village in the long run. The conclusion is that the villagers are never made aware about the harmful effects of garbage and more importantly, they don’t know anything about the segregation process and fear that if they ask their guests to dump the garbage properly, it will only result in their stay home getting a bad name and people will stop coming in the future.

Next morning we asked the villagers, who participated in the discussion, to join us for another cleanup drive. Jibhi waterfall is a beautiful cascade where the sunlight forms a rainbow when it passes through it. This waterfall was discovered a few years ago and soon campsites started emerging around the trail. Today when you walk on the trail you’ll not only find packets of wafers but beer and alcohol bottles as well.

The effect of last night’s discussion was so powerful that the youth from the village joined us to help us remove the plastic waste. Soon there were 20 more volunteers helping us out. The enthusiasm was so high that while we had only planned to clean the trek trail, the volunteers decided to bring more sacks and clean the entire road leading to the trail itself.

While we were leaving the waterfall, a group of tourists came up with a huge sound system, laptop and crates of beer. We knew that our hard work was not going to be appreciated by these visitors but then that was not the mission in the first place. The idea of educating the locals to understand the value of keeping their village clean will prove useful in the long run.

Jibhi is an emerging tourist destination. We cannot stop people from coming here, but with a little awareness, it will be easier to see less plastic in the region in the coming times. If you want to be a part of next cleanup drive then subscribe to my blog and Instagram for regular updates.

73 thoughts on “Saving Jibhi – One cleanup at a time”