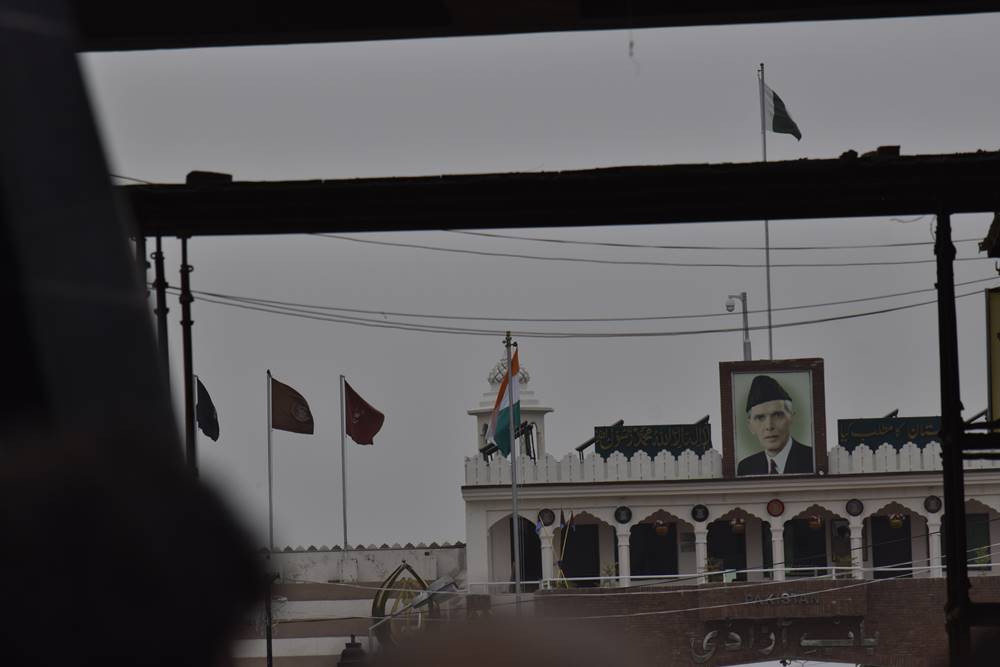 Amritsar Trip is incomplete without visiting the legendary Wagah Border. For someone born in the 90s, Wagah has special significance. Whether it was Atal Bihari Vajpayee’s convoy travelling to Pakistan on the maiden journey of Delhi to Lahore bus or it was Gadar’s description of Atari Train Station that showed the plight of India Pakistan partition with trains arriving in India with countless dead bodies lying in every bogie. A simpler version of the scene was filmed in Salman Khan’s movie Bajrangi Bhaijan where a little girl from Pakistan gets down from the train at India Pakistan border and gets lost in India. I would never understand how she reached Delhi and ended up meeting Salman Khan’s character in the first place. 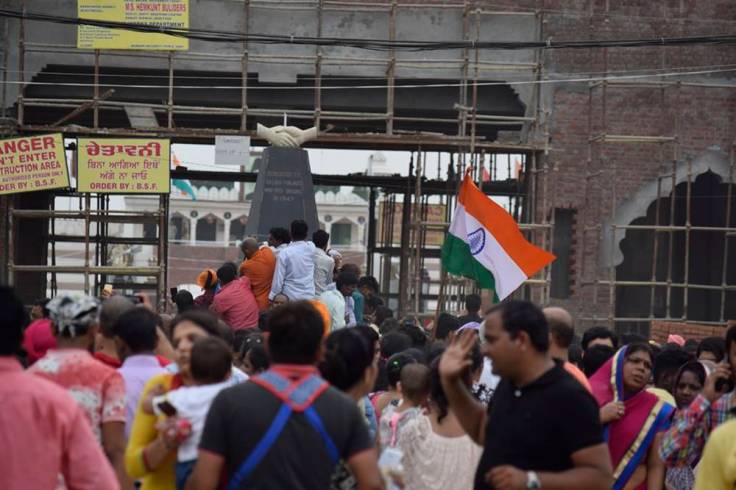 Till date, three of the people I know have received the pleasure of visiting Lahore, crossing the famed Wagah Border. The book ‘an enigma that is Pakistan’ talks about the vibrant culture of our neighbouring country with the British style club houses, the street food of Lahore and of course as the place where Manto lived, wrote and died. In the movie, ‘Kya Dilli Kya Lahore’ two estranged soldiers from each side of The Border meet in the war of 71 and remember their times they had spent in Delhi and Lahore, interesting part being the Indian soldier spent in childhood in Lahore and vice versa.

For me, exploring the streets of Lahore is a dream of a lifetime. I want to experience everything that I have ever seen through photos and read in different blogs. Visiting the Wagah Border was like a dream come true because I was this close to Pakistan with only a thin imaginary line dividing us apart. A line that separated a landmass into two calling it two different countries with people of similar complexion and almost similar lifestyle that you are not supposed to visit.

When you are in Amritsar, you’ll find auto drivers standing near Golden Temple and Jhalianwalah Bagh. These people have regular to and fro auto service for Wagah Border. You can find one and ask for their starting price. The auto guy will ask you for some 100 bucks so you refuse and walk further. He’ll come after you and will tell you about some discounts. The auto fare for Wagah border is not more than 60 bucks, is you get a ride for cheaper than that price then you are seriously lucky.

After my experience with these auto drivers I realized that it was a mistake taking this ride. My auto was supposed to pick me up at 2 and even after 3 PM my auto rikshaw didn’t start. Later I was told that those who want to see the evening retreat at Wagah, start travelling towards by the morning itself. A common misconception is that because the retreat starts at 6, it makes sense to reach there by 4 or 5 and you’ll find a seat inside. Trust me, forget a seat, you won’t even find a place to stand in the crowd.  Watching an evening retreat is only possible when you start around 11 in the morning and have patience to spend the next 4 hours doing nothing. 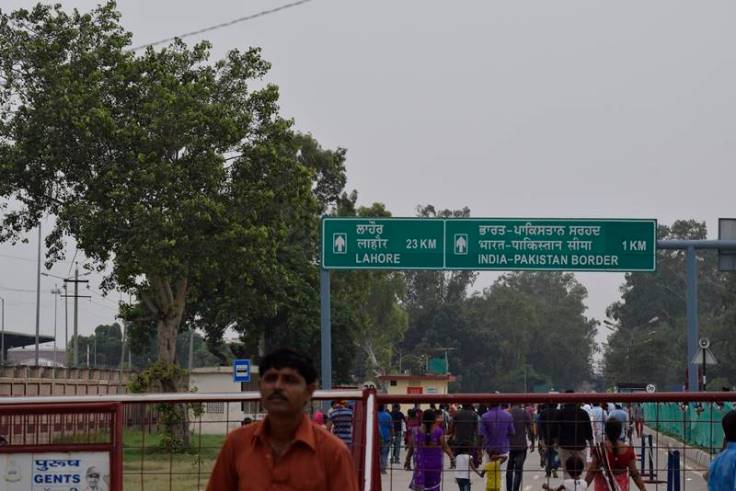 I had already lost my patience riding that slow and rickety auto rikshaw and I was ready to shout when I saw a board telling Lahore was 23 kilometers away and I was only a kilometer away from India Pakistan Border. But not so soon, there was another obstacle to be passed and it was a tough one.

The security check at The Wagah Border is one of the tightest ones I have seen till date. A huge crowd of tourists and travellers awaited their turn to cross the check point and get closer to India Pakistan Border. In their head everyone believed that they’ll be able to see the retreat but the line was long and the security check per person was so elaborate that it almost took 15 minutes to get the clearance. Also these security check people are human beings and often get tired so imagine the time that you’d need to enter the actual staging area. You are not allowed to carry bags, camera bags, lenses, combs, cigarettes, lighters, etc, etc, etc. 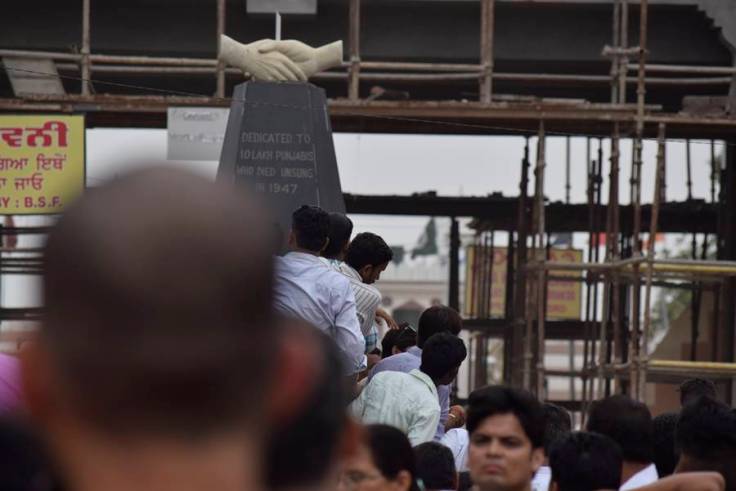 What made the checking more difficult was the typical Indian mentality of breaking the lines and entering as per the convenience. If a line at one checkpoint is moving slow, people would cross the barricading and join the other line making things more difficult for people who are already standing in that line. Watching this I wondered if the same was happening on the Pakistan side of the border as well. I guess yes, after all we both in reality are part of the same soil. May be some solo traveller like me on that side of the border was fuming upon his luck watching the hooligans making a mess out of an already messy affair.

I had already given on the hope of seeing the evening retreat. 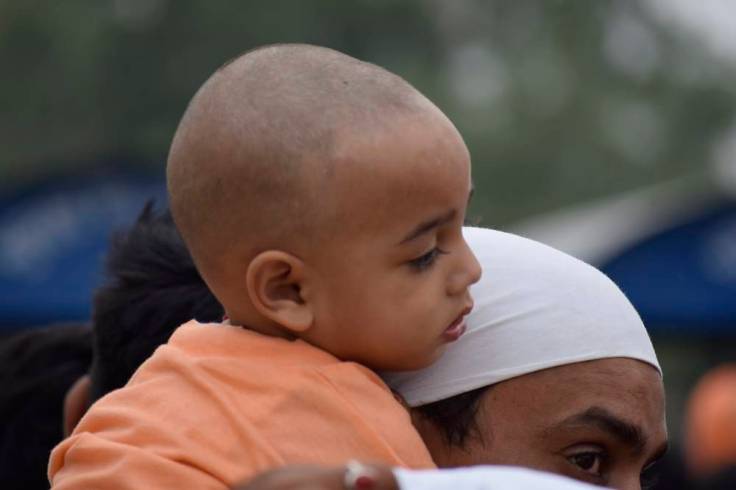 By the time I got clearance, it was already too late. I stood between a huge crowd of people trying to take a glimpse of the event. I couldn’t see anything. There were people standing on the gate, people standing on a small monument, and people who had kids on their shoulders hoping if they couldn’t see anything, their children better see something. 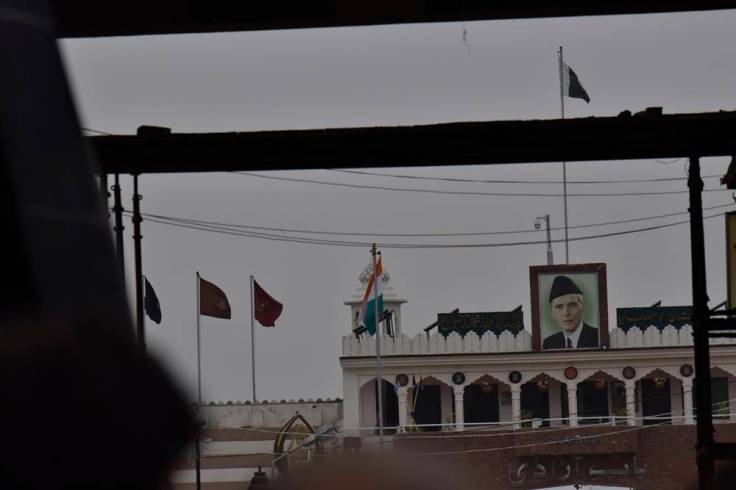 Finally I got a little space and finally I had the first glimpse of Pakistan. A couple of flags with Jinnah’s photo became visible to me, with that I was able to hear different patriotic songs in Hindi and Urdu. I was also able to see a couple of Pakistani soldiers with my 55-200 lens but the view was not so great to click anything. 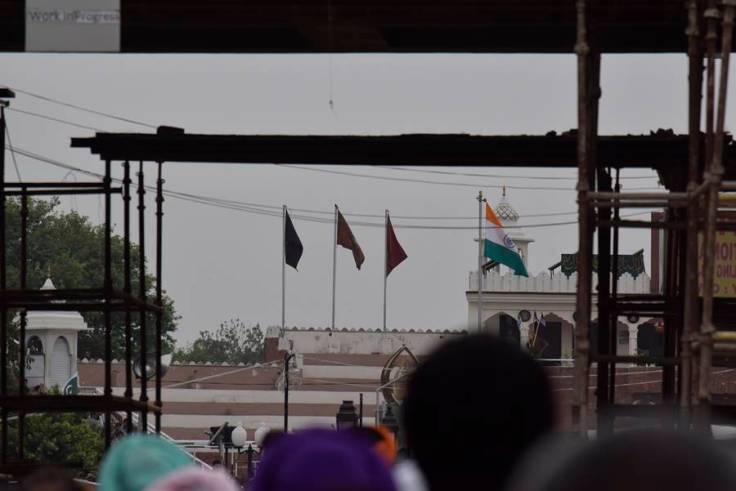 Although I was not able to see the actual event for which I travelled all the way from Amritsar but even a faint glimpse gave me hope that someday this distance would decrease and I’ll be able to see what happens in the other side of the border. 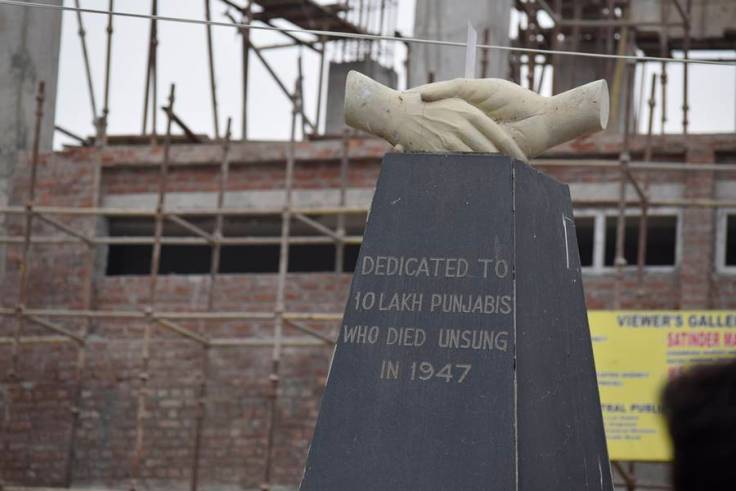 A monument at Wagah border is dedicated to 10 lakh Punjabis who died in 1947. Why it says 10 lakh Punjabis and not Indians is because the monument is dedicated to everyone one the both side of the border. Everyone who died during the partition belonged to Punjab, doesn’t matter what side of the border they lived in. Wagah Border is also an untold story of pain and sacrifice experienced 71 years back, the pain of which still lives in the hearts of many.

How to travel – There are regular auto rikshaws that ply between Amritsar and Wagah. These autos start at 2 PM and take almost 2 hours to reach the destination. If you opt for this auto, you are likely to miss the event. The best way to visit Wagah Border is to start at 11 or 12 by your own vehicle and then occupy a seat and wait till the main event. There are buses and trains plying from Amritsar to Atari from where you can take another autorikshaw and reach the border on your own. The earlier you start, the more likely you’ll get a seat at the event venue.

Stay – For solo travellers, there are a couple of hostels in Amritsar. The hostels are cheap and budget friendly. Most of them provide locker facility for the safety of your luggage and valuable.

14 thoughts on “Taking a Glimpse of Pakistan at Wagah Border”