The month of February brings a special kind of travel bug out in me. It is the time for a trek that I have failed twice.

I learned about Prashar Lake in 2013, I couldn’t trek to the place then because I had no idea about it. For two years, I almost did the trek but failed to reach to the top due to some or other reason.

I had pledged that I’ll go to Prashar Lake in the winters, to see the place covered in snow and the frozen lake with the island in the between. I could have done the Prashar Lake trek for a multiple times if it was not for this decision.

Then arrived the winters of 2016, the year when the world saw a shift in climate change on a global scale. Winters didn’t arrive in Delhi and the summers didn’t leave. In the times when the mountains were feeling lack of snow, my plans for Prashar Lake were coming alive.

On the last Friday of February I took a bus and got down a Mandi at 4:00 AM. Another bus followed to Bagi with a trekking group who I met online and decided to go on the trek with them.

It is freezing, I am sitting on the widow seat of a bus that is going higher and higher. I can literally see clouds floating over the valley.

We stop at a dhaba to get packed lunch. I try to cross an old bridge and fail. We move towards Bagi again.

I have been reading about bear attacks in the Himalayas and have read a number of stories about how every year, a number of trekkers die because of it. Although bear killings are still 0.5% of the reasons that kills people while trekking, it sure sounds like a very painful way. Bear attacks are very common in the US, in India not so much. Imagine someone sleeping with a couple of mars bars in their pocket and something wakes them up in the middle of the night. They look into the eyes of a huge bear and wonder WHAT THE F.. before the bear kills them mercilessly.

Why I am reading this? Because Prashar Lake is one the few low altitude locations where bear sightings have been observed.

We reach Bagi, our trek starts. I still don’t know the names of most of my fellow trekkers. The guide tells us that he has an apple farm near Prashar Lake, it is like a daily routine for him to climb that peak and return. Wow.

We start walking, cross a river stream, soon we are climbing up towards the Prashar Lake. Our guide points at a peak and tells us that we have to go up there. I cannot believe that I am finally going to reach the place of which I am dreaming about for last 3 years.

I ask him if snow is up there, he gives me a straight no. I am kind of disheartened, but now the only option is to climb up. May be next year I’ll find some snow. 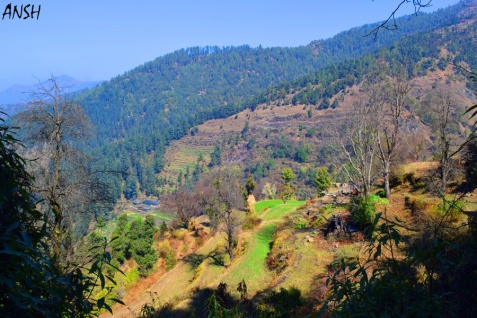 For those who had previous experience of climbing Triund, are already panting. The trek is steeper than any of the trek I have ever been to. It is a straight slope going upwards and even I am not able to carry with the guide. I am so fed up with the rough climbs that I feel like putting my camera away in the bag and moving forward.

After climbing, tumbling twice and hurting my ankle, I come across a few shepherd huts. The climb to Prashar Lake becomes steeper as if the place doesn’t want us there.

It’s been a while since we reached our destination. The calmness in the atmosphere of the place is making me feel as I am in an alternate dimension. Our tents are set on a hillock overlooking the Prashar Lake. After a little rest the owner of Prashar Dhaba serves us piping hot Maggi. There is no snow, the lake is not frozen.

As the evening falls, the temperature drops down. Our guide tells us that it might be somewhere around 2 to 3 degrees at this time and will go minus by 8:00 PM.

Prashar Lake and the temple are dedicated to Rishi Prashar who meditated here. It’s a pagoda styled temple constructed by King Bansen in the 14th century and since then the place is highly revered by the locals. For generations they have been visiting here on various occasions, and send offerings at the temple to keep their village and families happy and prosper. 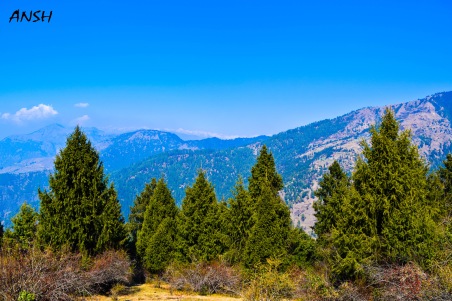 We climb another hillock to see the Rohtang Pass that keeps coming out and then hiding in the clouds.

I hear some noises; a few of the trekkers are excited to see the starry nights. I join them, trying to make a star trail but fail. Disappointed, I return to my tent and sleep.

We woke up at 6:00 AM. We see a few Pahadi people sacrificing a goat in front of the temple. It is always fun to see the local pahadi culture, but the way they rip off the goat’s skin after slicing the head away from the body it felt a little too heartless. We start climbing downhill after a breakfast of hot tea, maggi and paranthas. One of the trekker leaves the group to take a dump behind the bushes.

We are back at the Mandi bus stop. We bid each other goodbyes. I decide to pamper myself and take a Volvo.

I couldn’t see the snow, a disappointing moment for me. The worst part, the people who went on the trek the next week saw the whole mountain and lake covered in snow. You cannot imagine how I felt. As if the lake didn’t wish to show me its true beauty or may be it wanted me to visit one more time. 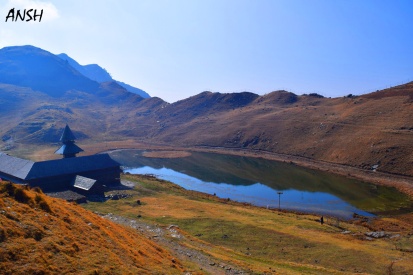 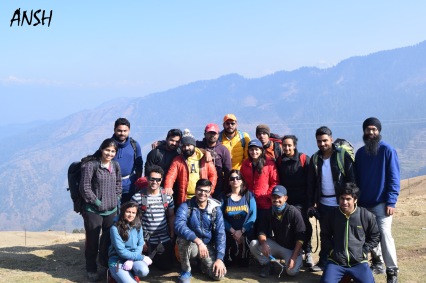 The winter trek to Prashar is still in plans. The winters of 2017 better be ready for me. 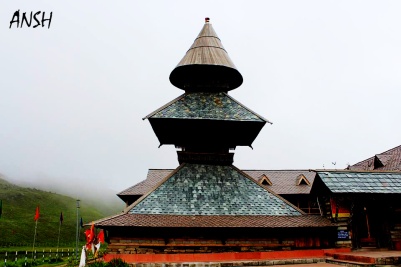 How to Reach Prashar Lake – Parashar Lake is 49 kms from Mandi, the first major bus stop of Himachal Pradesh. From Mandi there are frequent buses to Bagi which is the base of Prashar Lake trek. Also don’t get confused between Bagi and Baggi. These are two different villages.

Indiahikes organizes Prashar Lake trek on a regular basis. You can contact them for their upcoming batches.