Thanks to your response and comments, I had to compile the second part of the Indian ruin trail series as soon as I could. In the previous post I spoke about the ruins of Southern and The Western part of India. In this post I have tried to compile a lit of abandoned structures, cities and ruins from the Northern par of India.

Click here to read the first part of the blog

North India has a very detailed history of kingdoms and dynasties coming and going. Great battles were fought and huge forts and walls were built to keep the invaders out. Today, with time most of these structures stand in ruins, some because of nature others because of human progress. Take a look on a few important sites I have listed down.

The Abandoned Village of Kuldhara

Kuldhara, once was a settlement of 80 villages. These villages mostly comprised of businessmen and traders and was one of the most prosperous settlements of the region. The local king had his eyes on the village’s progress and planned to plunder it. The villagers got the stench of this plan and they vacated the villages overnight. Soon a storm came and covered the entire village under mounds of sands. Today, Kuldhara, one of the villages exist in the middle of the desert to tell the story of what happened while rest of the villages are no where to be found. It is said that the village is cursed, no one can stay there for overnight. 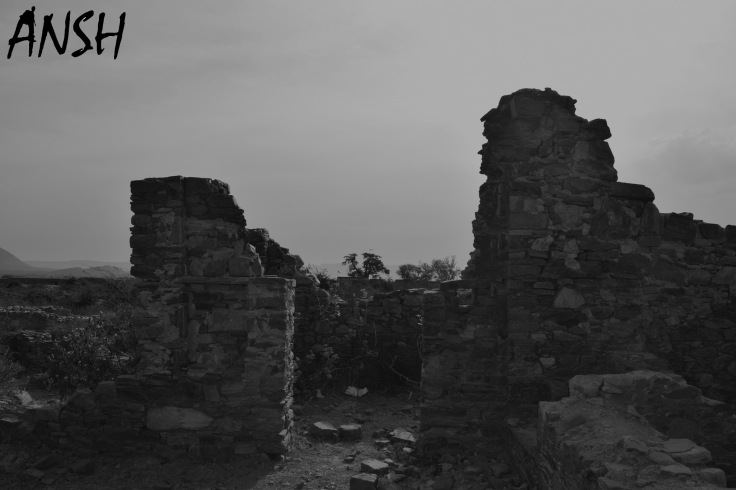 One of the most famous haunted locations in Rajasthan, Bhangarh’s story is somewhat like Kuldhara. They say that the entire town was cursed and crumbled overnight. TI have never seen ghosts over here because the number of tourists frolicking the place is way to high for any ghost to show up.

Alsisar has the rustic charms of Rajasthan that doesn’t exist on tourist maps. Half an hour away from Jhunjhunu, Alsisar must have been a very important center of Rajasthani heritage. Today these buildings and memorials stand in ruins and can be found all over the town.

The Ruins of Delhi

The rich history of Delhi has given it a number of memorials and a lot of it stand in ruins today. From random structures of Qutub Complex to broken Satpula Dam, Delhi has everything for someone who loves exploring the architecture and history which is changed with continuously with time.

Mandu or Mandavgarh was once the center of Malva kingdom. The city of Mandu from dynasty to dynasty before coming in the hands of the Mughals. It has been abandoned for 400 years now, but it is well preserved. Mandu offers incredible sights of surrounding landscape and is no less than Hampi and Mahabalipuram in South India.

Orchha is blessed with a number of buildings of archeological interest. The palaces, temples, cenotaphs are very unique and have been through an era of ignorance. Today. most of these structures are withering with time and have become nests of bats, vultures and irresponsible tourists.

There is no place like Khajuraho and there can’t be any. The land of exquisite Hindu and Jain granite and sandstone temples, dating back to 1050 AD, with impeccable sculptural makes it a unique location. While Khajuraho’s main temple complex has been declared a world heritage sight by UNESCO a majority of these structures has been ruined by weather and human ignorance. Khajuraho for me is a journey through time when Indian society was not as regressive has it is today. 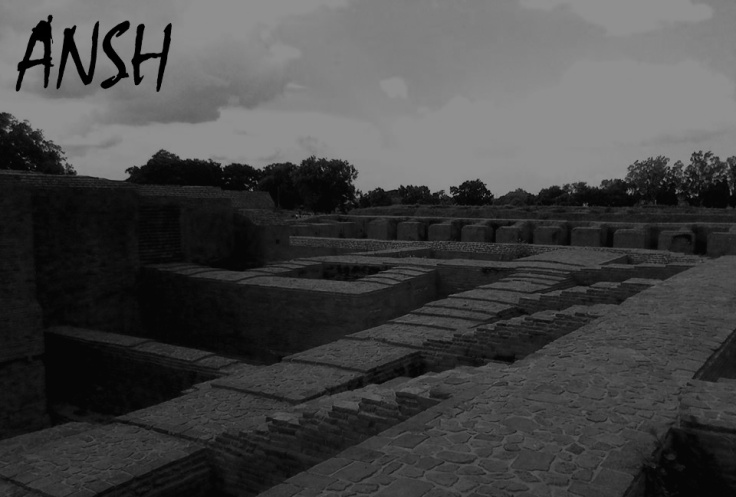 Nalanda university is one of the most prominent structures marking one of the most important events in the history of India. The university that once houses the most valuable manuscripts that could have changed the course of Indian history as we know today, was burned overnight. They say that the University campus is spread across over 15,000,000 square meters and only 10% of which has been excavated while rest of the ruins still lie earthen under the ground.

I hope my list does justice to the glorious past and will help a little when it comes to the preservation and restoration of these monuments. I am yet to visit the abandoned villages of Kashmir and Ladakh and a number of haunted, abandoned places are missed from my list.

Do let me if there is a place that was missed from this list and I’ll visit that location as my next travel destination.