This trek story is from the archives – One that I went on last year. I have just returned from the same trek and found the route that was once covered with thick snow last time this year, today it stands as a barren land with rocks all over. This is aggravating how we humans have destroyed everything that used to be good and nice.

2016 has begun on a terrible note in terms of weather, no winters no snow and summers arrived before it was gone. 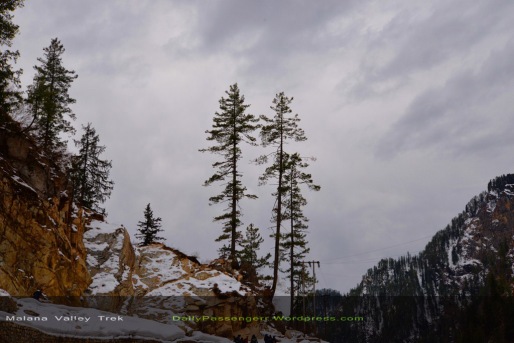 Last year in March I got a chance to lead a trek to Malana Valley. While the climb is easy the amount of snow makes it difficult to cross. The group of brave students who followed me had a huge smile on their face with all the snow and the weather.

A trek of 6 kilometres was turned into a trek of 18 kms due to a landslide but the walk was worth it. The pain and trouble everyone endured paid off when we reach half way of the trek.

Malana is a secluded village a few kilometres away from Kasol. It takes a trek of 5 hours to reach here and is counted as one of the few places that you must visit in India. Known for its homegrown Hashish, Malana is a strong cultural heritage that the local inhabitants have carried through all these years. Legend says that these people are descendants of Alexander who settled here after war. They still consider themselves higher than the normal people and clearly show it off. Touching temples and local structures is prohibited here and there is a huge fine if you are found doing so. 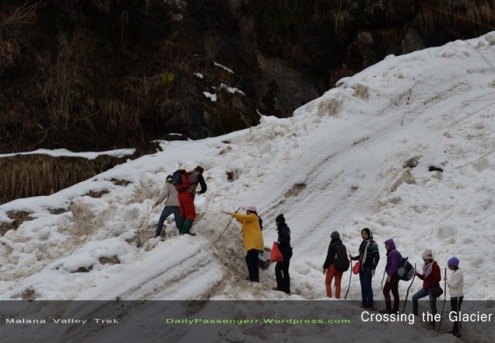 The road to Malana was covered with thick bed of snow with a tiny path leading to the village. 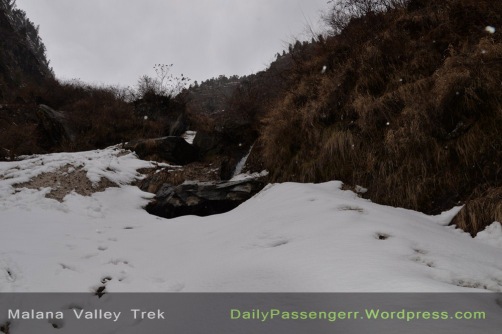 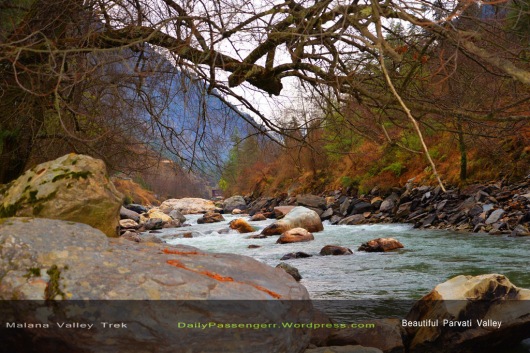 4 thoughts on “Trek to Malana Village – A Photo Journey”