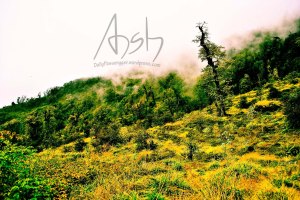 I love climbing mountains, more than that I love to climb mountains with people, so when a friend of mine contacted me to lead a trek in Sikkim with 15 people and 4 guides I said yes without skipping a heartbeat.

The trek to Ranbangla is a three hour drive from Gangtok. This sleepy little town is covered in fog till 11 am and even after that it’s rare to see the sun shine. Sikkim is home to many winter treks. It’s a delight to pass through snow covered paths and camp on top of the mountains. My mission was to take a group of 15 on a trek starting from Rabangla and till Mainom, the top, at a height of 3200 m.

The day before trek I was introduced with my team, these 15 odd people had some weird questions like ‘Is it cold up there?’ and ‘What are the toilet provisions once they reach on the top?’ etc. There were 6 girls in the group out of which two were under 18, quiet impressive. As planned I told everyone to get a good night’s rest and assemble in the dining area by 8. 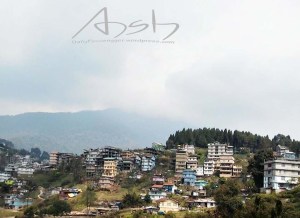 Next morning I woke up at 7:30 and it was freezing cold. The fog was so dense that it was hard to see anything. I was pretty sure that everyone would still be asleep.

To my great surprise, they were already present in dining area, awake since 6 AM in the morning and ready with the tea and snacks. I was the one late this time, but in my defense we were supposed to leave by 9.

We left Gangtok in the dense fog at 8:30, for the first time in my trekking career I was on my way to base camp before time.

We reached Rabangla after an hour, our base camp was Rabangla bazar from where we started walking. Curious locals looked at us wondering where these insane idiots are going. Some passed a smile and their eyes wished us all the best. We passed through Ralang monastery and soon we were wandering inside the Mainom wildlife sanctuary. There was a full-fledged battle between the fog and the trees now; rare mountain flowers, butterflies and tiny beautiful insects often came and ran out of our sight. Soon the path became steeper, the climb began and the trekkers were soon out of energy, this steep climb continued for next four hours and by then most of my team had given up. If it was possible we would have pitched our tents right there.

It was 2 PM in the afternoon, 6 hours by the time we started climbing and here we were on the top of Mainom. The fog was gone and on one side one could see gorgeous views of Kangchendzonga range with clouds floating around it and on other side one could see imposing views of the beautiful town. I was kind of disappointed that I couldn’t a glimpse of a Red Panda but a few deer’s ran beside us as if they were laying a challenge to see who reached the top first.

We returned to Gangtok the same night. Everyone felt victorious, I was happy that we were home and yet another mountain was conquered.