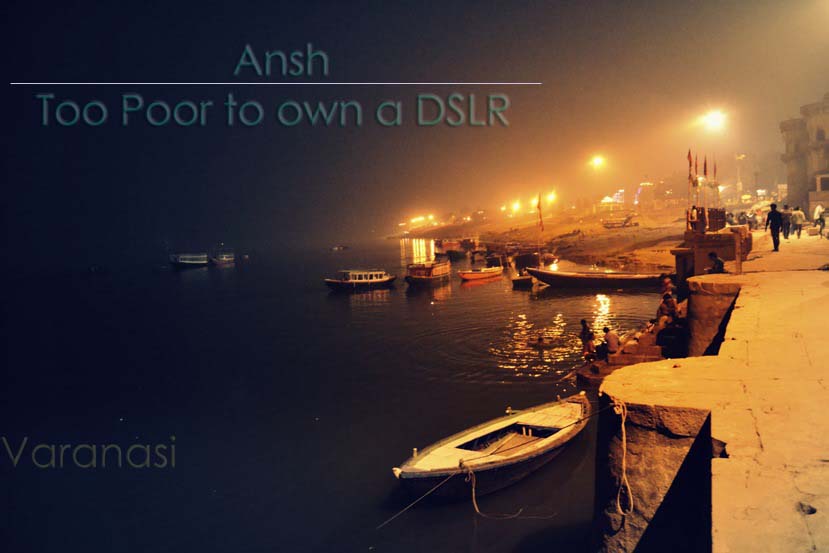 I was back in Banaras last week when I clicked this pic. I think the watermark is cool because the way non DSLR photographers are ridiculed is simply stupid and doesn’t make sense.