Here is a list of books and Graphic Novels I am reading right now.

The Legend of Karna Graphic Novel Season 1 – Got this book from Amazon, published by Vimanika comics this series tells story of a divine warrior and his tale of son of Surya.

Dashaavatar Vol 1  – Again from Vimanika comics this title is written by Deepam Chatterjee this series tells about stories of Lord Vishnu and his avatars. This amazing story has an amazing art that goes with it. 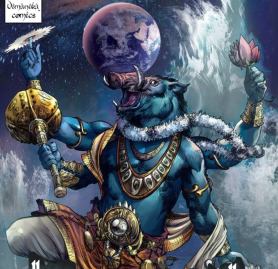 The Aghori book 4 – The Aghori Book 4 is published by Holy Cow Entertainment this comic book tells the story about Vira’s journey to save his son, the story is written by Ram V and art is by Vivek Goel, Gaurav Shrivastav and colorist Yogesh Pugaonkar.

Original Sin – Original Sin is published by Marvel Comics, the story arc revolves around death of Uatu The Watcher. Who is his mystery shooter is being investigated by The Avengers and some other big shots from Marvel Universe. This spectacular series is written by Jason Aaron. 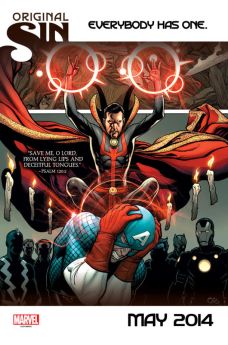 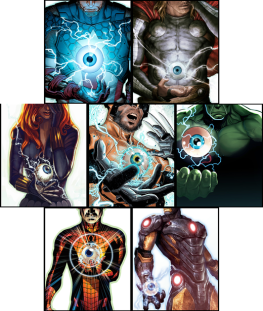 Avengers Assemble  – Written by Brian Michael Bendis Avengers Assemble Vol 1 is the perfect jumping point, featuring the cast of the summer blockbuster – but in Marvel Universe continuity. When the brand-new Zodiac rears its many heads, the Avengers must assemble to combat them. But who is behind the group’s return? None other than Thanos, the mad Titan, who has claimed Earth as his own! The Avengers team up with cosmic blockbusters the Guardians of the Galaxy to bring Thanos some cosmically-charged pain.

American Gods – By Niel Gaiman this novel tell story of forgotten gods of America and their struggle to survive in the current world. Half way through this title is nail biting and intriguing.

Inferno – Although lost faith in Dan Brown I still feeling like reading this novel. It is in my reading list for long and I’ll be completing it this month. 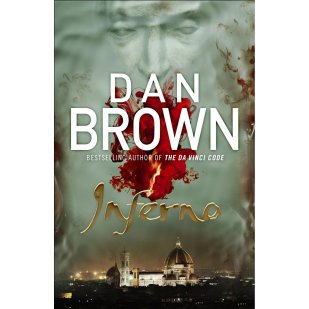 All images borrowed from Google and Facebook pages of respective publishers.